“Amanda has shown time and time again her dedication to her community and Maricopa County,” said Governor Ducey, “I am honored to appoint her to the Maricopa County Superior Court.” 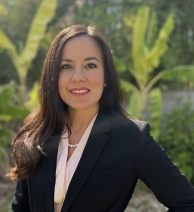 Prior to her current position, Amanda served as a law clerk at the U.S. District Court for the District of Arizona. Through clerking she gained a great deal of experience drafting opinions and researching civil litigation issues. From 2012 until 2017, Amanda worked with the Maricopa County Attorney’s Office as a law clerk in the Appeals Bureau and as a Deputy County Attorney in the Pretrial and Appeals bureaus.

In 2016, Amanda received the Distinguished Service Award from the Maricopa County Attorney’s Office for her work on the high-profile sex crimes case State v. Christopher Simcox. She received the award again in 2018 for her work on bail eligibility hearings in the cases Simpson v. Miller and Morreno v. Brickner. She was also the Prosecutor of the Year, Operations Division in 2017.

Amanda received her Bachelor’s in justice studies from Grand Canyon University, and her law degree from the George Washington School of Law.

Amanda is active in her community. She serves as a member of the Arizona State Bar’s Appointments Committee, recommending appointments to the Board of Governors for statewide boards and commissions. Amanda also has a passion for helping children find forever families. In 2016, she began facilitating adoption playgroups ensuring that adoptive families could connect. Amanda has also been an active member of Los Abogados, Arizona’s Hispanic bar association.