PHOENIX — Governor Doug Ducey today at the Arizona State Capitol signed legislation ensuring Arizona kids have time at the beginning of each school day to take a moment of silence.

The Governor was joined by House Speaker Rusty Bowers and Rep. Alma Hernandez of Tucson, who sponsored House Bill 2707, as well as community and religious leaders from across the state.

“As we’re working to get Arizona kids refocused in the classroom, we should also work to get them refocused emotionally,” said Governor Ducey. “That’s exactly what H.B. 2707 does, ensuring all schools set aside time every day for students to engage in a moment of silence. This gives our kids the opportunity to take time to remember, reflect, meditate, pray, prepare for the day ahead or anything they—and their parents—choose.”

The legislation requires all public and charter schools to provide students the opportunity to take a moment of silence at the beginning of each school day. This one to two minutes can be used for contemplation in a manner determined by the student and their parents. 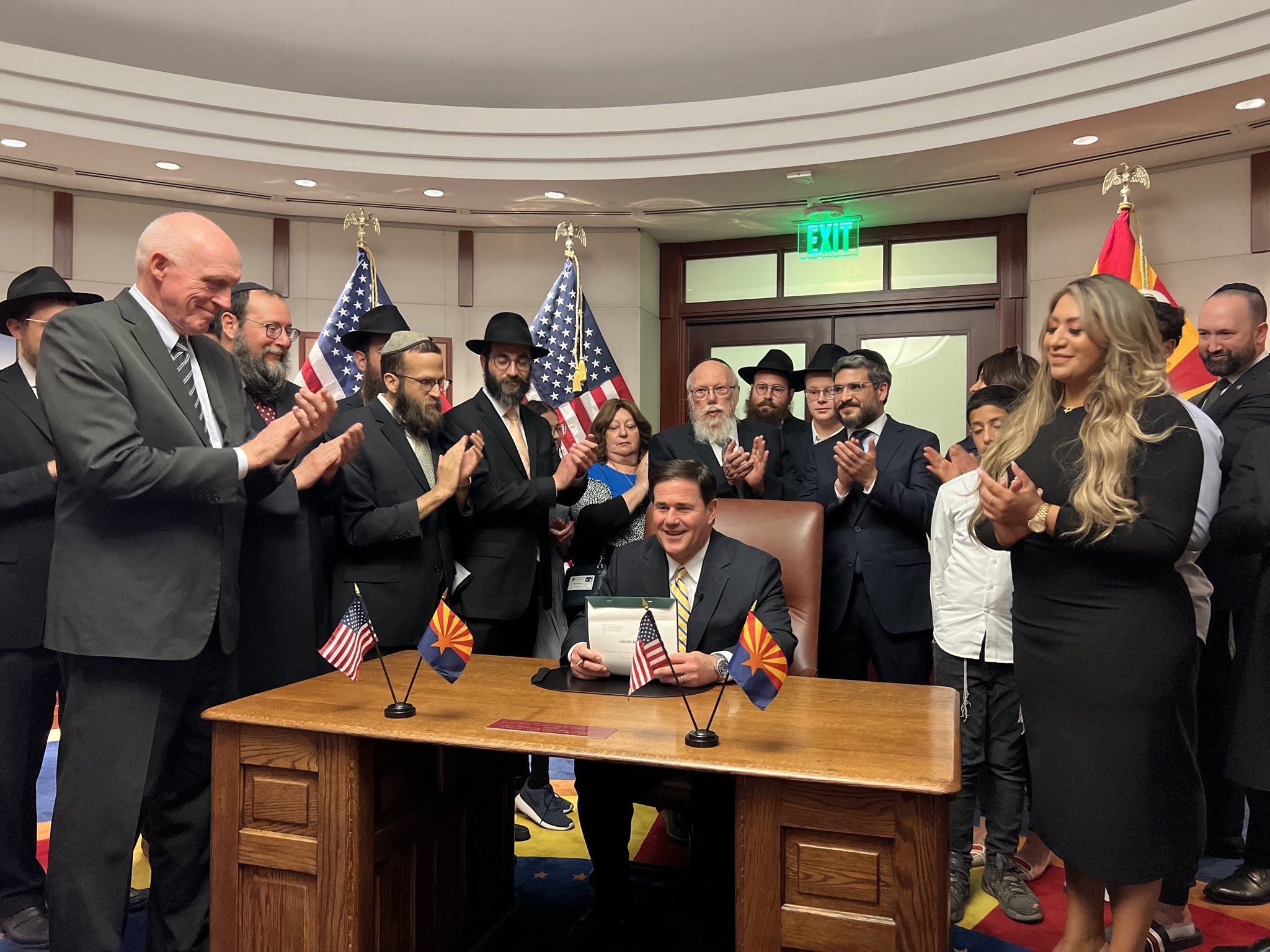 “I was proud to work with fellow Arizonans and my colleagues at the legislature on H.B. 2707,” said Rep. Hernandez. “Giving students a moment every school day to pray, gather their thoughts, reflect or anything they choose to do will help them focus and strengthen their mental and emotional health. Thank you to the members of the Jewish community who advocated for this legislation, everyone who played a role in getting it passed by the legislature, and to Governor Ducey for signing it into law.”

Today's bill signing falls on what would have been the 120th birthday of Rabbi Menachem Mendel Schneerson's, also known as the Lubavitcher Rebbe. He was an influential figure of the Jewish community who called for a moment of silence in schools at the beginning of every day shortly after the attempted assassination of President Ronald Reagan. H.B. 2027 was inspired by Rabbi Schneerson and his legacy.

Governor Ducey this year has taken action to support kids and strengthen their education inside and outside of the classroom.

On March 2, Governor Ducey officially launched the AZ OnTrack Summer Camp program alongside Lisa Graham Keegan, who is chair of the initiative. The Governor announced the summer camp program during his State of the State Address in January to help get all Arizona kids back on track and ensure they are prepared for next school year.

Last year, on the day before the anniversary of the September 11 attacks, Governor Ducey announced plans to work with educators and lawmakers to make the teaching of the September 11 terrorist attacks mandatory in Arizona’s schools. H.B. 2325, sponsored by Rep. John Kavanagh, will achieve this and is currently moving through the state legislative process.