Briefing Part of a Busy Day in Southwestern Arizona

PHOENIX — Governor Ducey met with local officials and business leaders today in Yuma to discuss the impact of the border crisis on southwestern Arizona communities.

“You are here on the frontlines, and you know the reality of this crisis,” Governor Ducey said in a roundtable. “We will continue to support the men and women who keep our communities safe. We will work together to effectively implement our plan to secure the border and protect public safety.”

Representatives from Customs and Border Protection thanked the governor for his continued support to help secure the border, protect public safety and facilitate lawful trade and travel.

Whitehead informed the governor of the increased demand on their services and expressed appreciation for the support role the National Guard played. 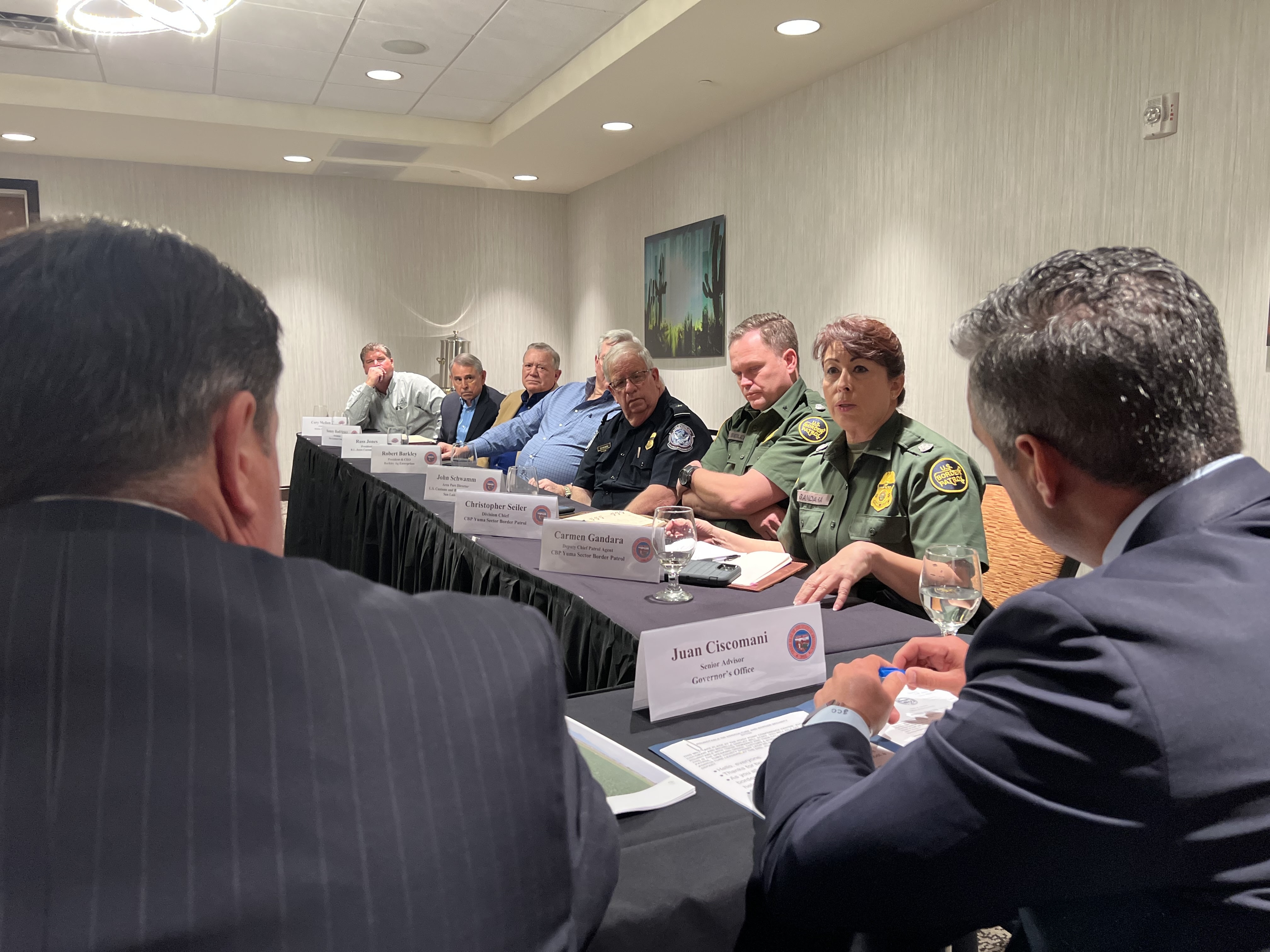 The roundtable occurred after the governor delivered the State of the State to an audience of approximately 500 at the Pivot Point Conference Center.

“We’re going to be leaning on our law enforcement more than ever, especially here in Yuma County — and we’ll need all the support we can get,” said Governor Ducey.

Governor Ducey capped his day in Yuma with a tour of the Gowan Science Academy, where he met students, teachers and staff. He also answered questions from middle schoolers. 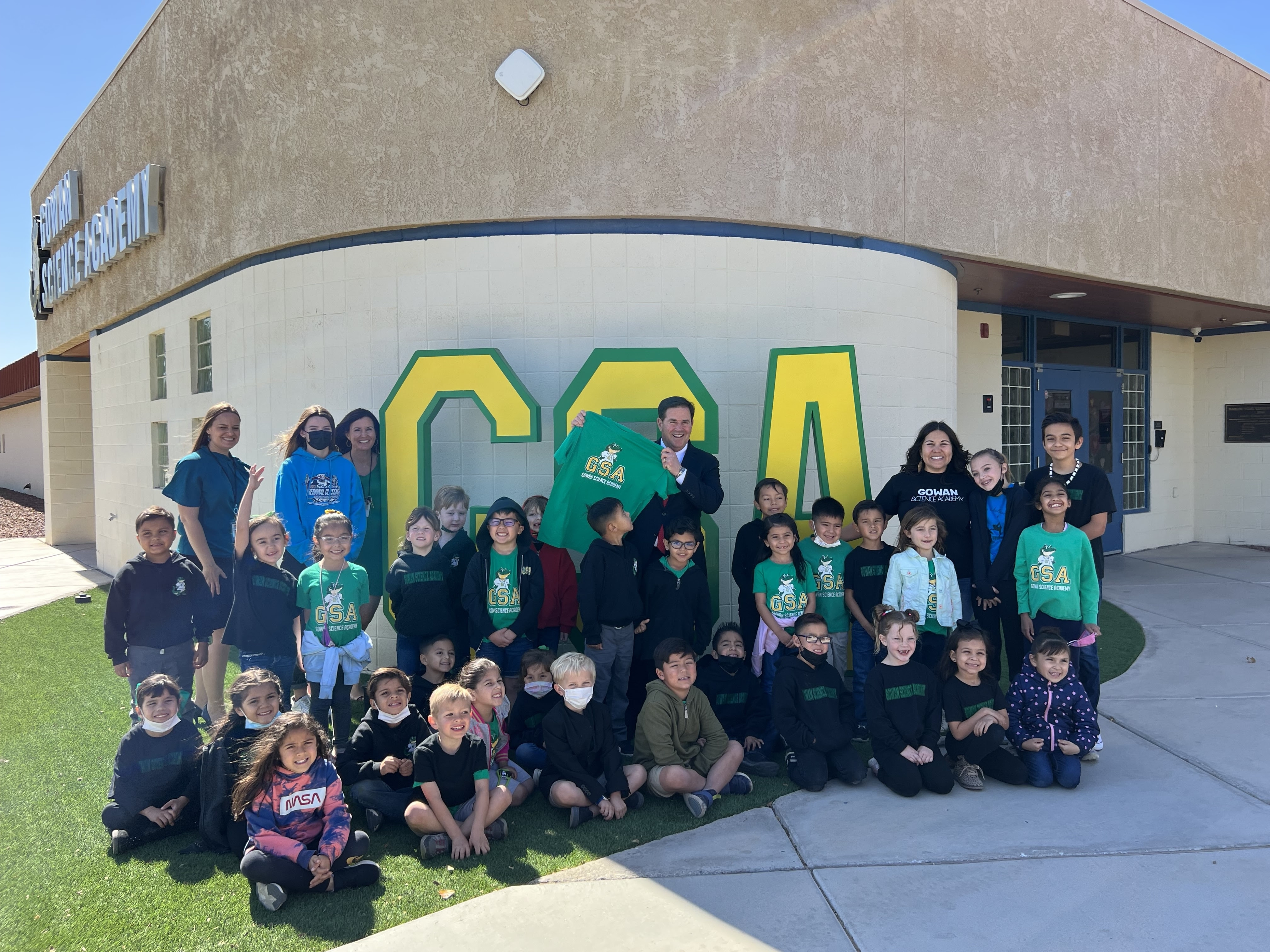 Gowan Science Academy is a STEM-focused school in the Crane School District for kindergarten through eighth grade with approximately 700 students. The school is preparing students for careers in STEM, readying kids for in-demand careers.

While the school has traditional classrooms, they continuously break the mold and have learning that takes place wherever questions are asked.