“Cybersecurity is homeland security. Our society is becoming increasingly interconnected through technology, and cybersecurity has become one of the most important issues facing Arizona,” said Governor Ducey. “This new command center will be critical in protecting Arizonans and ensuring our cyber infrastructure remains safe and secure. I’m hopeful that the U.S. Department of Homeland Security will recognize the success of these partnerships on cybersecurity and begin to treat border security just as seriously.”

The Cyber Command Center will be Arizona's headquarters for coordinating statewide cybersecurity operations. The center will be a central location for cybersecurity professionals and local, state and federal agencies to prevent and respond to cyberattacks. It will provide an ideal location to enhance public-private partnerships to protect Arizonans against cyberthreats. 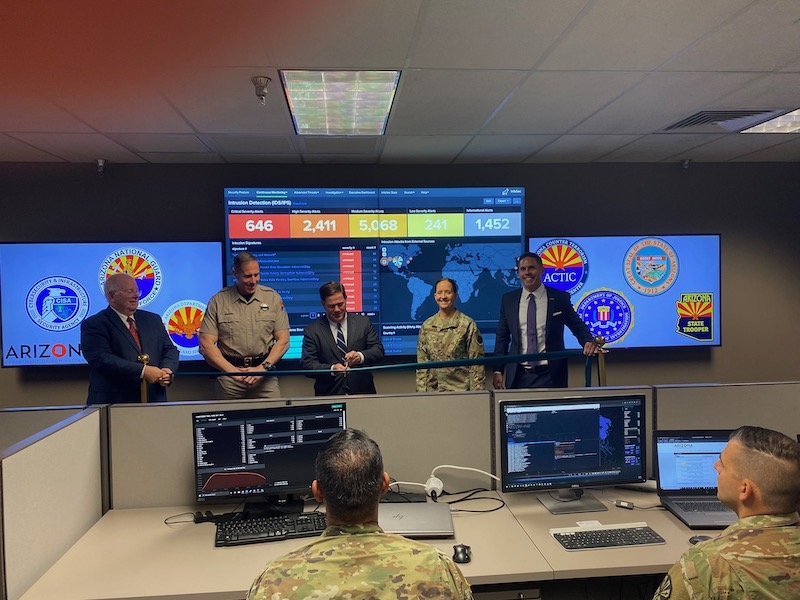 State agencies will use this center to increase information sharing between one another. This expansion has led the state to rename the Arizona Cyber Information Program (ACIP) as the Arizona Information Sharing and Analysis Center (AZ-ISAC). AZ-ISAC is just one program that will be run out of the new Cyber Command Center.

Director Roemer championed the effort to launch this command center. Governor Ducey appointed Roemer as Director of the Department of Homeland Security in April after he served as Arizona’s Chief Information Security Officer since 2019. Director Roemer shares the Governor’s belief that cybersecurity is homeland security. He recommended combining the state’s cybersecurity mission with the Department of Homeland Security to better protect Arizona from increasing cybersecurity risks. 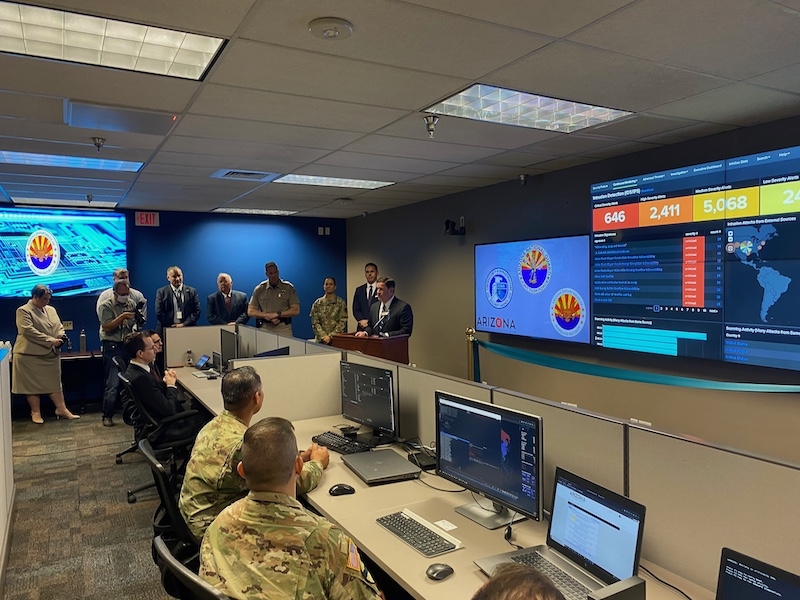 In September alone, the Arizona Department of Homeland Security detected and alerted on approximately 68 million threats and protected state websites from over 800,000 attacks.

The Arizona Counter Terrorism Information Center is a joint effort by the Department of Public Safety, the Department of Homeland Security, the Federal Bureau of Investigation and other agencies to support Arizona’s homeland security efforts. The center was established in 2004 and operates on a 24/7 basis providing intelligence, investigative and technical support to state, local, tribal and federal law enforcement agencies. The new command center will be critical in protecting Arizona from modern threats.

Background
In March 2018, Governor Ducey issued an executive order creating the Arizona Cybersecurity Team. The group was made up of experts from state, local, and federal government, the private sector, and higher education, working together to protect Arizonans from cyberattacks. Among their objectives were enhancing cybersecurity workforce development and education and increasing public awareness of cybersecurity best practices.

In July 2019, Governor Ducey appointed Tim Roemer as Arizona’s Chief Information Security Officer. Prior to this appointment, Roemer served as Public Safety Adviser and was a member of the Arizona Cybersecurity Team.

In FY 2020, the Governor proposed and secured legislative approval to increase the budget for the Statewide Information Security and Privacy Office, adding $2.9 million for ADOA to enhance the operations of the office and purchase additional cybersecurity controls to combat cyberthreats on state IT assets.

Additionally, the Governor proposed enhancing the Department of Education's school finance system, a mission-critical component that distributes billions in state and federal funding to Arizona's public schools. By replacing the system, the department can reduce cybersecurity risks associated with the legacy system, among other challenges. The total project received $3 million in FY 2020 and will receive another $6 million in FY 2022.

In FY 2022, the Governor proposed and secured adoption of nearly $500,000 in ongoing funding for DEMA to establish a cyber task force to perform cybersecurity prevention and response activities on behalf of the state. In addition, the FY 2022 budget included a one-time $300,000 deposit into the National Guard Cyber Response Revolving Fund to allow the National Guard to engage in cyberattack prevention, response, and support activities for the state and other public entities.