MISSION, TEXAS — Governor Doug Ducey today joined Texas Governor Greg Abbott and eight other governors in Mission, Texas for a border security briefing and press conference, where they detailed a ten-point plan for the Biden administration to resolve the border crisis.

“Governors are not going to sit around while President Biden refuses to act,” said Governor Doug Ducey. “We’ve tried to meet with the president and be part of the solution, but he refuses. No, worse — he ignores governors, just like he’s ignoring the border and the safety of the American people.”

“The White House has suggested there are no solutions or steps they could take on the border. This is false,” Governor Ducey said. “If the president won’t meet, we have laid out a comprehensive set of policy actions — publicly — that would end the border crisis immediately. President Biden now has everything he needs to stop this crisis.” 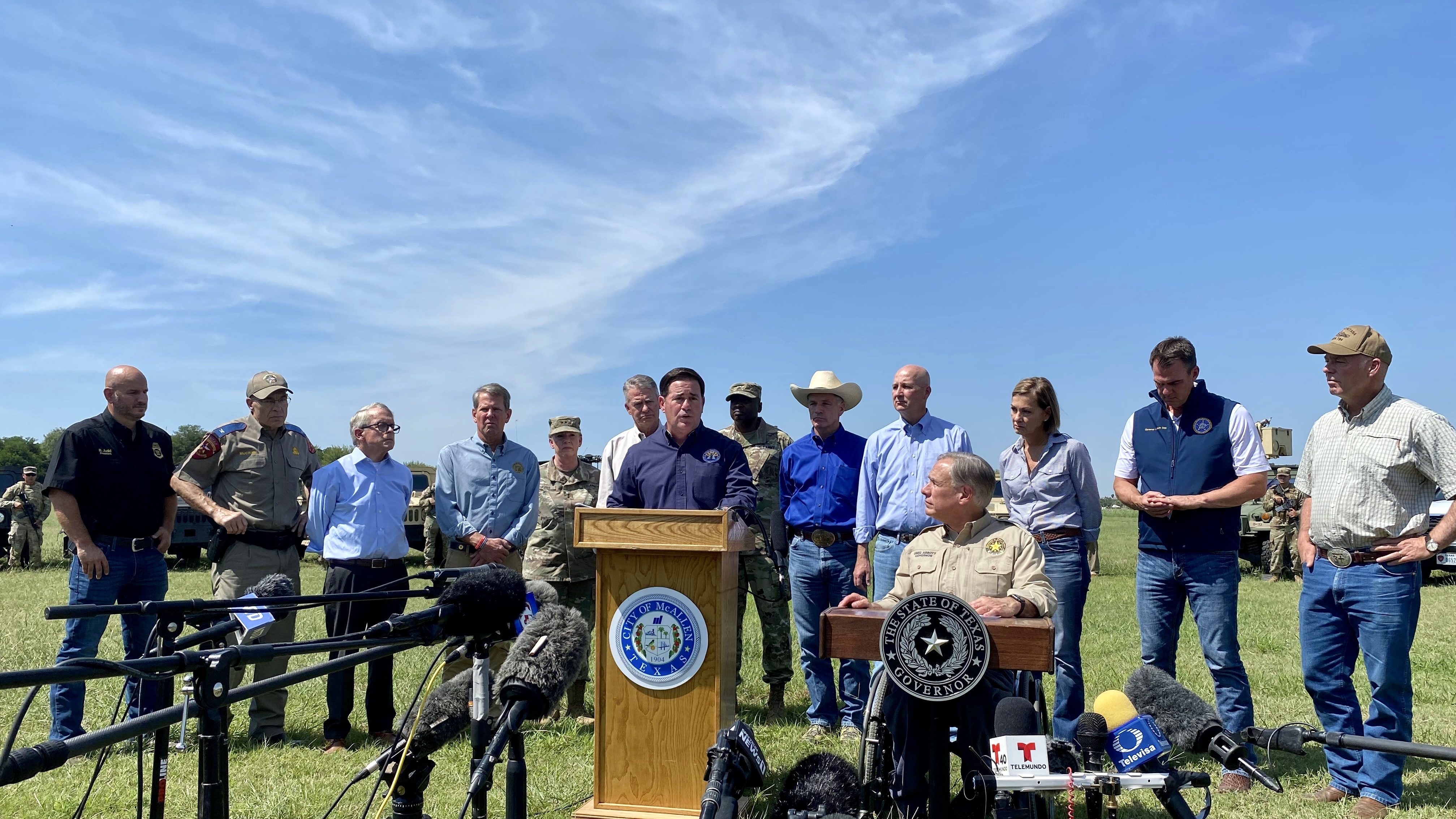 The visit follows 16 days of silence from President Biden to a meeting requested by 26 U.S. governors, including Governor Ducey. The governors requested an urgent meeting with the president to find meaningful solutions to the worst border crisis in more than two decades. President Biden has not responded to the request. 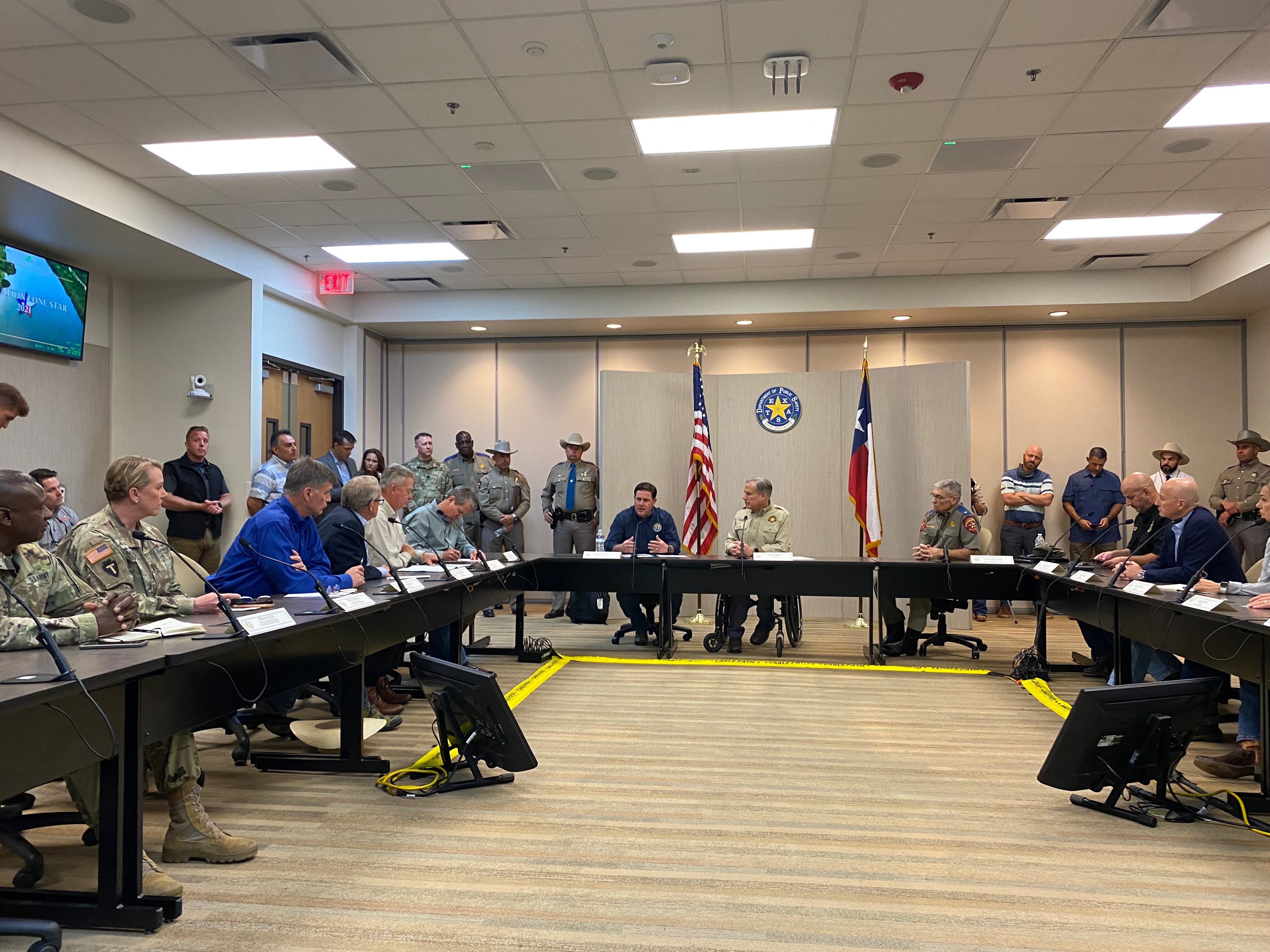 Following the briefing, the governors spoke at a press conference in Anzalduas Park. They outlined the following 10-point border security plan:

The Biden Administration should continue to invoke Title 42 and refuse entry to individuals coming into the country due to the public health risks of COVID-19.

Due to the rapid increase of cartel activity, the Biden Administration should dedicate additional resources to eradicate the surge in human and drug trafficking, arrest offenders, support victims, and get dangerous drugs—like fentanyl and methamphetamine—off our streets.

The Biden Administration should enforce all deportation laws of criminally-convicted illegal aliens.

President Biden should re-enter the prior administration’s agreement with the Northern Triangle countries—El Salvador, Guatemala and Honduras—and Mexico.

The Biden Administration should instruct the Office of Refugee Resettlement to notify states when the federal government is transporting migrants who will be reliant upon their state’s social safety net.

President Biden, Vice President Harris, and Biden Administration officials at every level should state clearly and unequivocally that our country’s borders are not open and that migrants seeking economic opportunity should not attempt to abuse or misuse the asylum process.

Due to overwhelming needs at the border, the Biden Administration should provide more resources to U.S. Customs and Border Protection officers and U.S. Immigration and Customs Enforcement agents.

The Biden Administration should end their “catch and release” policy, which leaves illegal immigrants paroled and able to travel anywhere in the country. The Biden administration should also dedicate additional judges and resources to our U.S. immigration courts to end the growing backlog and expedite court appearances for illegal migrants.

The Biden Administration should comply with recent federal court rulings and fully reinstate the Migrant Protection Protocols (MPP) established by the prior administration, which require asylum seekers to return to Mexico to await their court hearing outside of the United States.

The Biden Administration should reopen construction contracts to continue building the border wall and invest in infrastructure and technology, such as lights, sensors or access roads, to complete the border security system.

The human toll of the Biden administration’s failure to secure the border and communicate clearly about U.S. laws is real and tragic. The Biden administration’s policies and communications have helped drug cartels and dangerous criminals to profit off of desperate individuals outside the U.S. These border policies have directly put children in danger.

One report tells the story of a family who spent six hours in a storm on a small boat, with kids getting horribly sick. During the journey, the family was kidnapped by a drug cartel and forced to pay a ransom in order to live. In Yuma, a mother and her 10-year-old daughter who crossed the border were found dead from heat exposure in the desert.

Governor Ducey has been vocal on the border crisis throughout this year and taken numerous actions to address the situation at Arizona’s border. Read more about actions taken so far HERE.