“Angela’s extensive experience in the public sector, commitment to her community, and profound respect for the separation of powers prepare her to serve the people of Arizona,” said Governor Ducey. “I am pleased to appoint her to the Arizona Court of Appeals.” 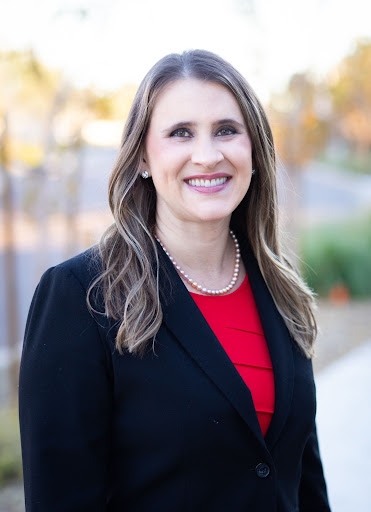 Angela’s appreciation for the separation of powers is rooted in her experience working in all three branches of government. Her respect for the rule of law is grounded in the Alexander Hamilton quote, “the first duty of society is justice,” which motivates her daily.

“This quote reminds me daily why I became an attorney, and why I want to be a judge,” Angela Paton said. “My diversity of public service, love for the state in which I was raised, and respect for the rule of law will bring substantial value to the Court.”

Prior to her current position, she served as Assistant Solicitor General from 2017 to 2019. In this role, she was the Ethics Counsel, advising about ethics issues in her office, and the Opinions Counsel, drafting legal opinions on questions of statewide importance requested by public officials. She began her career as an Assistant Attorney General in the Criminal Appeals Section from 2010 to 2013. In 2011, she received the Attorney General’s Office’s Emerging Star Award.

Angela’s public service expands throughout her career. Before rejoining the Attorney General’s Office, Angela worked as a policy advisor to Commissioner Bob Burns at the Arizona Corporation Commission from 2013 to 2017. There she handled complex utility regulation and constitutional law matters. During this time, Angela was a member of the National Association of Regulatory Utility Commissioners (NARUC). As a volunteer expert for NARUC and the U.S. Department of State, she created several presentations on utility law and policy that have been utilized by regulators in developing nations in Africa and Asia.

Angela is returning to the Court that she clerked for after law school. After graduating from law school, Angela clerked for Arizona Court of Appeals Judge Patrick Irvine.

Angela has consistently given back to the legal community. Since 2016, Angela has been serving on the Arizona Supreme Court Committee on Character and Fitness, where she reviews applications from prospective attorneys. She also participates in informal and formal hearings as an investigating attorney member or part of a judicial panel.

Outside of the legal community, Angela is involved with mentoring college-aged women through Chi Omega, including serving on the Mock Trial and Risk Management Committees. From 2017 to 2020, she served on the Board of Directors of Audrey’s Angels, which enriches the lives of the elderly living in small group homes through live music and interactive craft programs.

Angela received her Bachelor’s Degree in History, minoring in Spanish and Political Science, from University of Arizona. While in college, she interned at the White House and for Senator John McCain. She then received her law degree from Arizona State University’s Sandra Day O’Connor College of Law, where she was a member of the Arizona State Law Journal and served as President of the Women Law Students Association.