The large, colorful banner is more than 30 feet wide and will hang from the Arizona State Capitol Executive Tower through the end of the Finals. It can be seen from the east side of the Capitol complex from downtown Phoenix.

The Governor also announced the Capitol dome will be lit in the Phoenix Suns team colors of purple and orange beginning tonight at sundown. 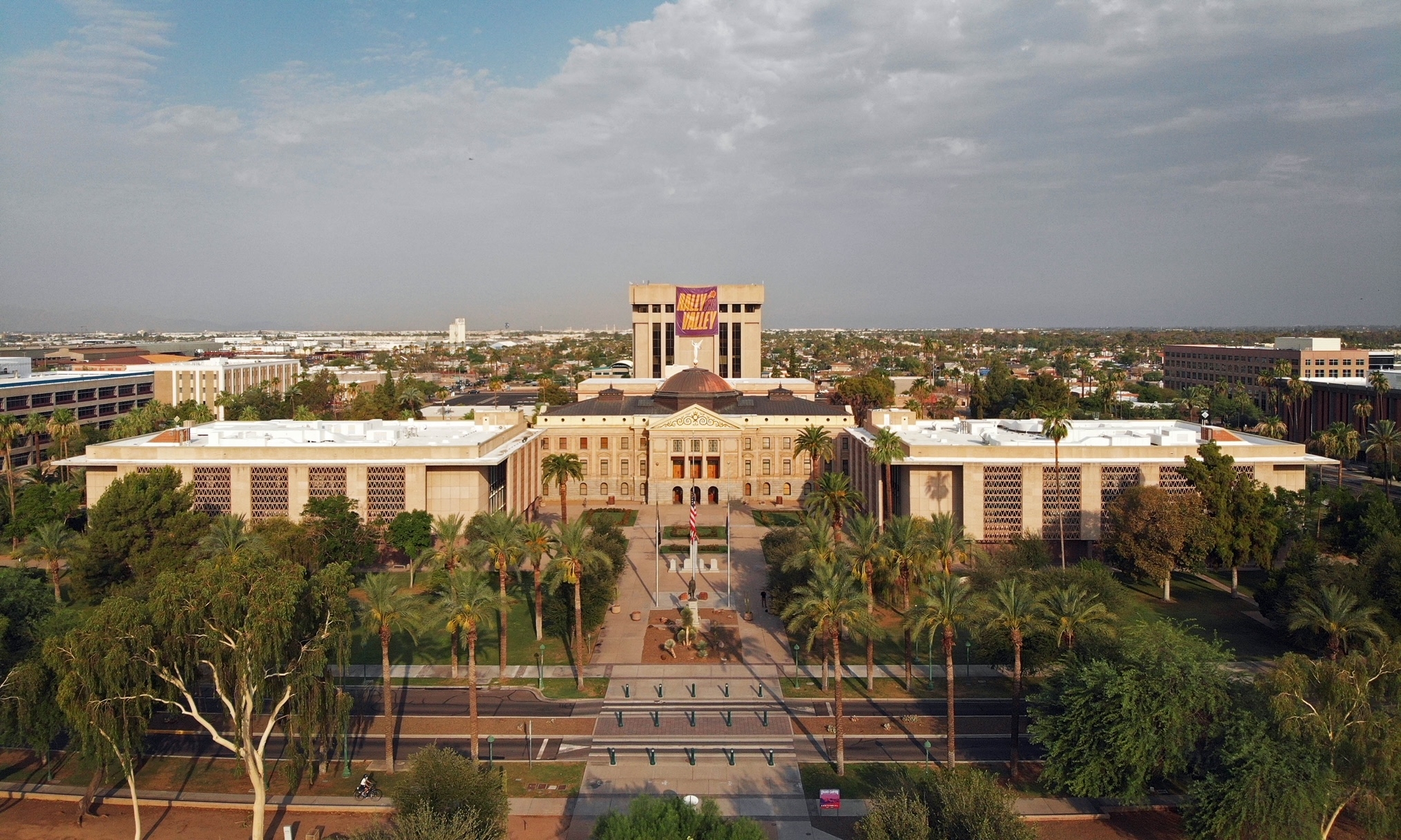 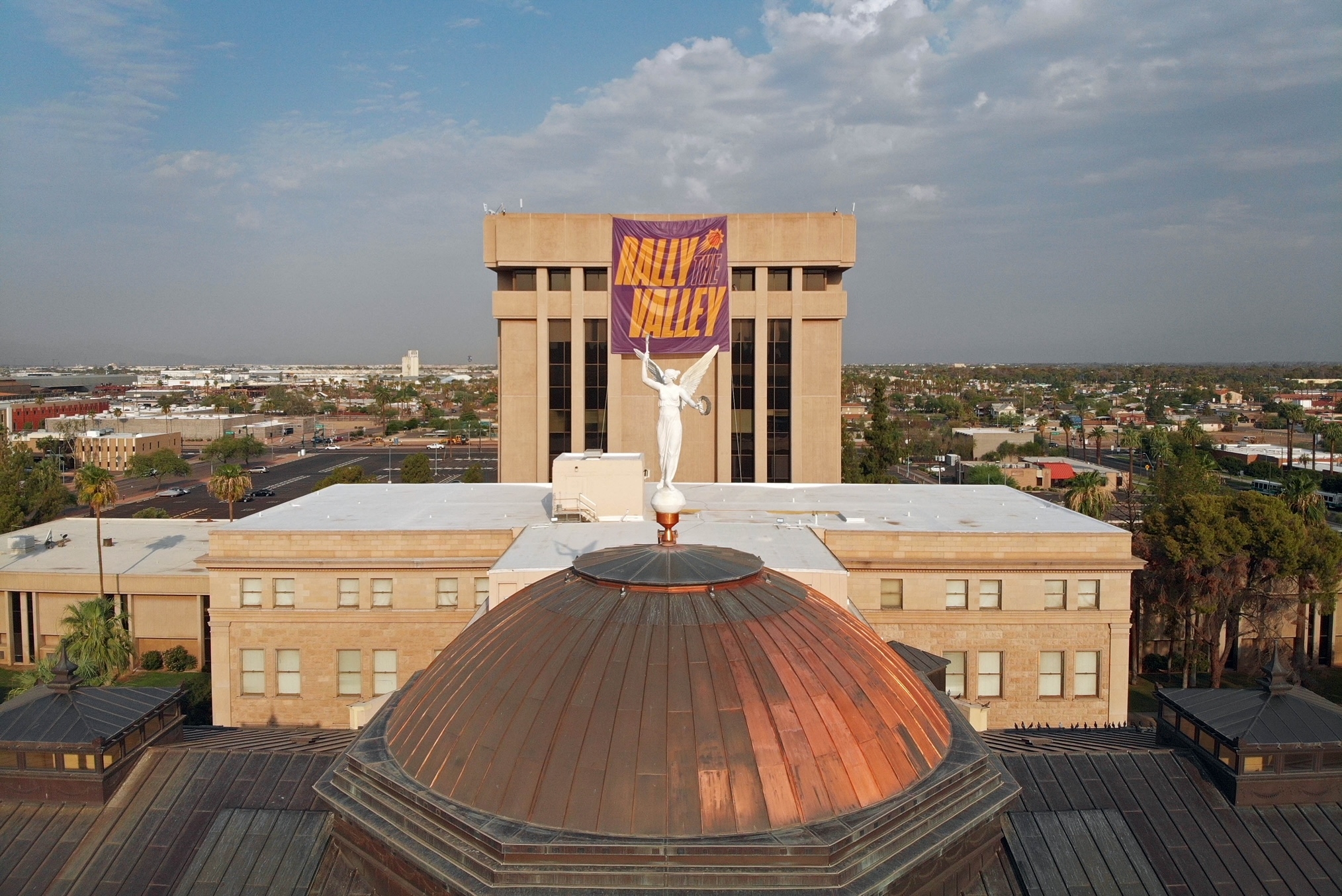 “Arizona is fired up and rooting for the Suns this week as they compete in the NBA Finals,” said Governor Ducey. “The Phoenix Suns have assembled one of their strongest lineups in recent memory and have an incredible record going into these final games. All of Arizona is behind them and with this banner, we’re showing our support here at the State Capitol. Let’s go Suns!”

After winning the first two Finals games in Phoenix, the Suns are facing off against the Milwaukee Bucks for Game Four on Wednesday night. Fans will be cheering on the Suns throughout Arizona as they work to overcome Sunday night’s loss and win in Milwaukee Wednesday. The Suns will return to the Phoenix Suns Arena in Phoenix on Saturday for Game Five.