General Muehlenbeck succeeds Major General Michael T. McGuire, who announced his retirement on March 5, 2021. McGuire served as Director of the Arizona Department of Emergency and Military Affairs and Adjutant General since 2013, and will officially retire on April 10, 2021.

“I’m eager to announce the appointment of Brigadier General Kerry Muehlenbeck as Arizona’s newest Adjutant General and Director of the Arizona Department of Emergency and Military Affairs,” said Governor Ducey. “General Muehlenbeck’s impressive military experience and continued leadership are amplified by her legal and teaching background. She joined the Arizona Air National Guard in 1997 and served in many roles until she became Arizona’s Deputy Adjutant General in 2018. I look forward to working with General Muehlenbeck on protecting Arizonans, supporting our communities, and tackling the challenges ahead.”

“General McGuire has served Arizona and our nation honorably,” the Governor continued. “I’m especially grateful for his support this past year as we’ve navigated through the COVID-19 pandemic. He and his team have been instrumental in providing support to our communities and our border, and I am grateful for his leadership.”

General Muehlenbeck served as the Deputy Adjutant General and the Director of Administrative Services. She was responsible for oversight of: the United States Property and Fiscal Office (USPFO); the State Risk Management Office; State Purchasing and Contracting; the State and Federal Human Resource Offices; the Public Affairs Office; the Office of the Inspector General; the General Counsel, the Tribal Liaison; the Legislative Liaison; the Sexual Assault Response Coordinator; the State Equal Employment Manager; and the Ordnance and Industrial operations within the Arizona Department of Emergency and Military Affairs. She also served as the Adjutant General’s delegate.

“I’m proud to have the opportunity to serve our great state as Adjutant General and Director of the Arizona Department of Emergency and Military Affairs,” said General Muehlenbeck. “Having served and taught for years, I look forward to leading Arizona DEMA and the Arizona National Guard to help protect and support Arizona communities. It is an honor to succeed General McGuire after his years of admirable service, and I’m grateful to Governor Ducey for this tremendous opportunity.” 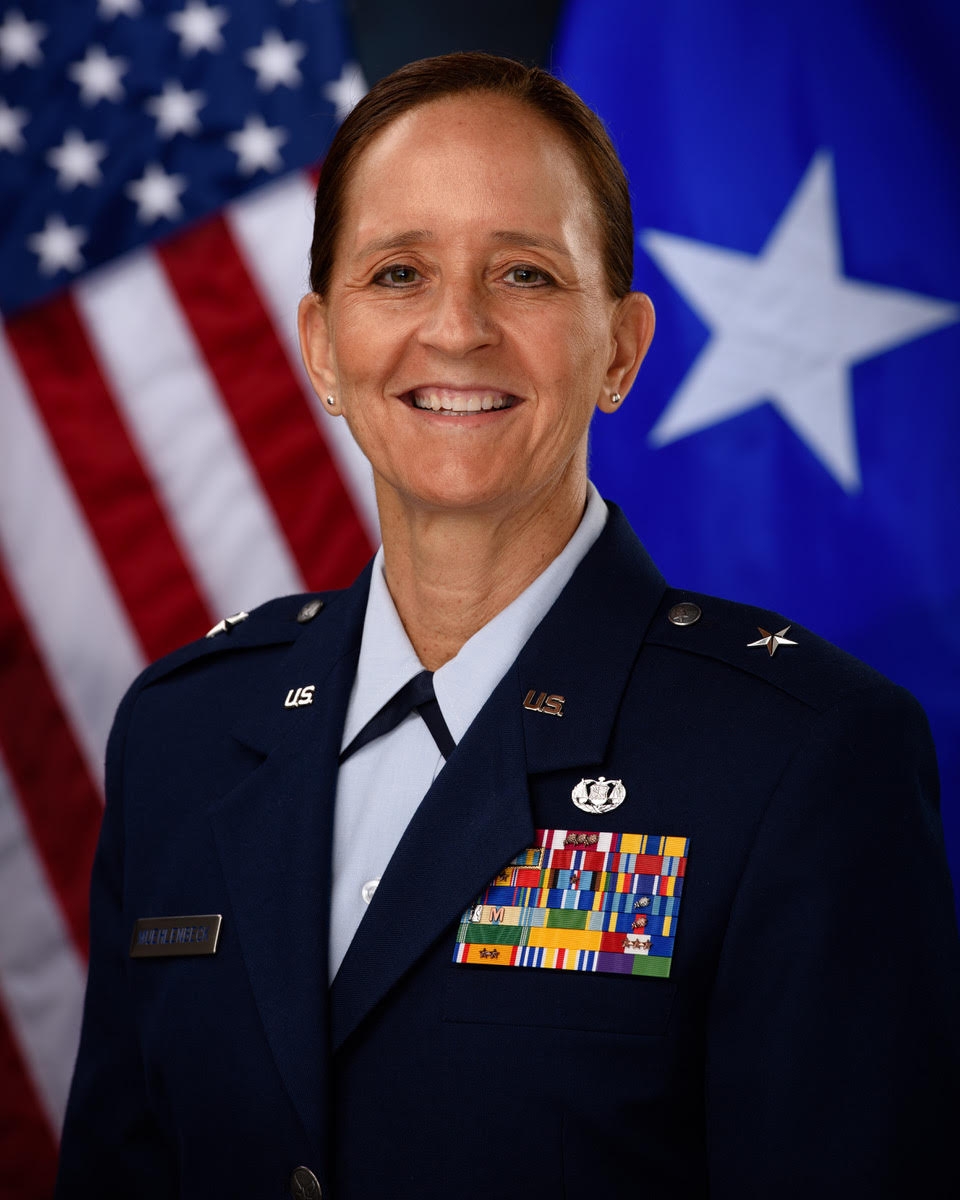 General Muehlenbeck received her commission by direct appointment in 1993. She remained on active duty for four years where she served as an Assistant Staff Judge Advocate at Davis-Monthan Air Force Base, Arizona until her separation in 1997. General Muehlenbeck then joined the Arizona Air National Guard from 1997 to 2019 and served as both a wing-level and headquarters staff judge advocate.

"Command is a unique privilege that I've been humbled and honored to have for the past seven and a half years serving shoulder to shoulder with the greatest soldiers and airmen in the state and nation who truly exemplify our motto 'always ready, always there,'" said General McGuire.

General Muehlenbeck is currently a professor at Mesa Community College’s Administration of Justice Studies Department, where she also serves as Department Chair. She taught at Arizona State University between 2002 and 2014, specializing in crime, criminology, justice and social inquiry. General Muehlenbeck was also an adjunct professor for the Criminal Justice Department at American Military University in West Virginia from 2009 to 2013 and for Embry-Riddle Aeronautical University from 1995 to 2001.

Prior to teaching, General Muehlenbeck served as deputy county attorney at the Pima County Attorney’s Office from 1998 to 2001. In this role, she prosecuted felony offenders in superior court. She also served as an assistant prosecuting attorney for the Saginaw County Prosecutor’s Office from 1992 to 1993 and Assistant Staff Judge Advocate at the Davis-Monthan Air Force Base from 1993 to 1997.

General Muehlenbeck earned a B.S. in Education and Social Policy from Northwestern University, a J.D. from Indiana School of Law, a Master of Laws in Criminal Law from the University of San Diego School of Law, and a Ph.D. in Justice Studies from Arizona State University. Her military education includes Squadron Officer School, Air Command and Staff College, and Air War College.

Governor Ducey and General McGuire welcomed General Muehlenbeck to her new role during an event at the State Capitol this morning.