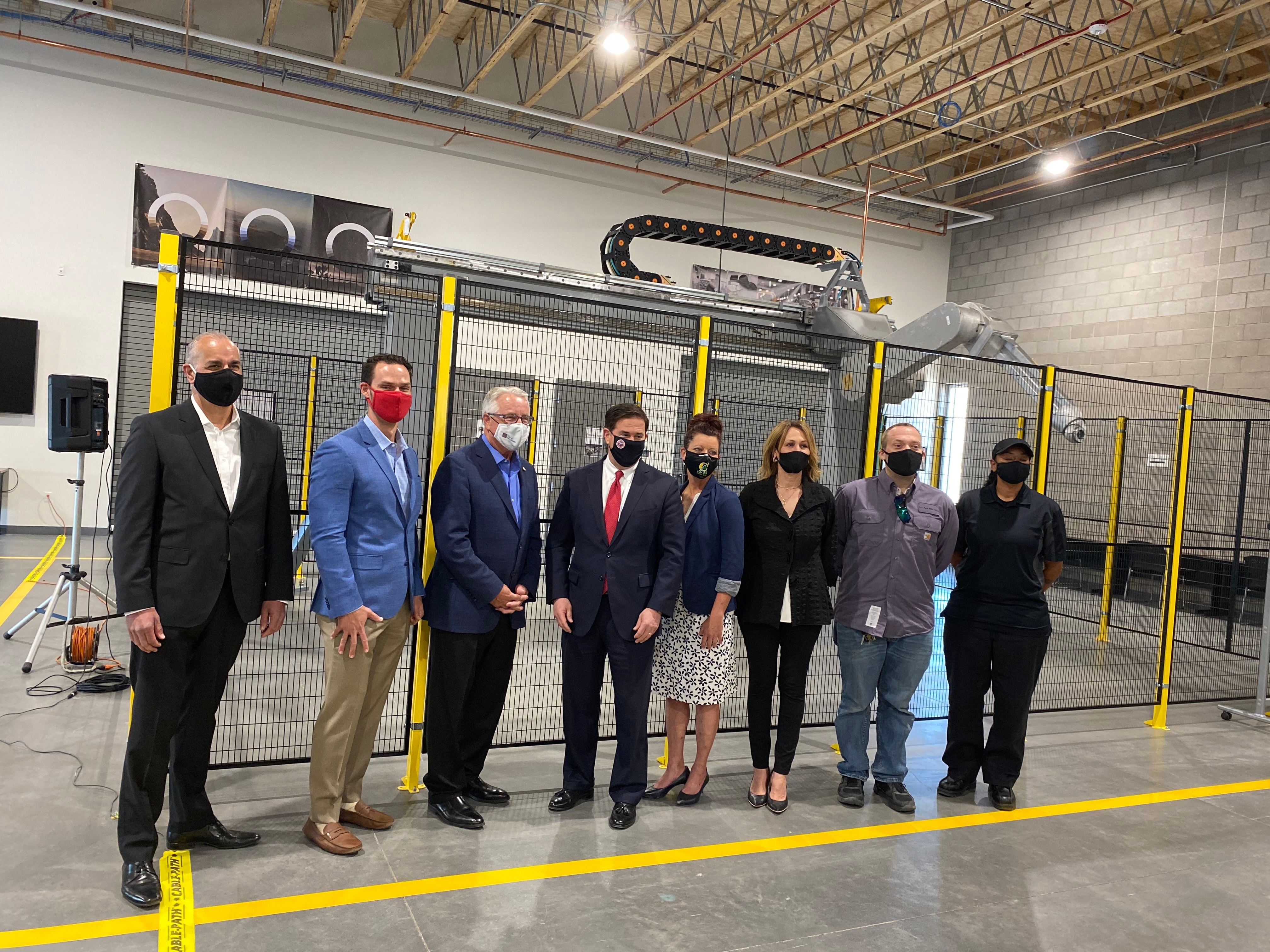 “Arizona is in the midst of a manufacturing boom,” said Governor Ducey. “We’re showing the nation what it means to welcome innovation and industry, while creating opportunities for people to work in high-skill, high-wage industries. When more products are ‘Made In Arizona,’ our entire economy benefits, and we look forward to keeping this momentum going.”

Drive48 is a 13,000 square-foot facility in fast-growing Pinal County that has the capacity to train more than 100 students at a given time in fields such as automotive, advanced manufacturing, heavy equipment and general industry.

“Talent is a key driver in business location decisions,” said Sandra Watson, President and CEO of the Arizona Commerce Authority. “With the opening of Drive48, we’re further enhancing Arizona’s robust manufacturing workforce pipeline, now and in the future. We’re grateful to the many partners who helped make this project possible.”

“Central Arizona College is excited to be the home of this cutting-edge regional workforce training center,” said Central Arizona College President Dr. Jackie Elliott. “This partnership is a testament to the commitment of all parties in investing in the state’s economy and enriching the lives of individuals through meaningful skilling and employment.”

Manufacturing jobs in Arizona have increased at one of the fastest rates in the nation, with 13,000 manufacturing jobs added since 2015. More than 180,000 Arizonans now work in the manufacturing industry, where jobs pay on average 21% higher than other private sector positions. Industry leaders to announce major relocations or expansions in recent years include Intel, Benchmark Electronics, Lucid Motors, Nikola Motor Company, TSMC, ElectraMeccanica, Raytheon and more.

“Thousands of high-tech jobs are coming online in Pinal County over the next few years,” said Mayor of Casa Grande Craig McFarland. “This facility and the many partners involved are ensuring our workforce can meet the demand while providing local graduates a pathway to gain new skills, acquire good-paying jobs, and stay right here in the community.”

Lucid Motors in 2016 announced it selected Casa Grande for its electric car manufacturing operation, located near the Drive48’s facility.

Intel last week announced a $20 billion investment in Arizona with the expansion of its state-based manufacturing capacity. The investment will generate 3,000 high-tech jobs, 3,000 construction jobs, and an estimated 15,000 additional indirect jobs in the community.

In addition, Taiwan Semiconductor Manufacturing Company (TSMC) in May 2020 announced it selected Arizona for the location of its new U.S. advanced semiconductor factory, creating more than 1,600 jobs.

To learn more about manufacturing jobs and other aspects of Arizona’s economy, click HERE.