Painting, “Into The Breach,” To Be Displayed At State Capitol

The painting will eventually be put on display at the Arizona State Capitol.

“A daughter of Prescott, Arizona, Kayla was special, and that was evident from an early age,” said Governor Ducey. “With compassion as her shield and love as her weapon, Kayla Mueller was a warrior in every sense, comforting the anguished and serving as a light in the darkness. Hers is a story every Arizonan, every American, every generation, needs to know. My thanks to Marsha and Carl Mueller for giving our state the opportunity to honor her legacy by putting this painting on display at the Capitol.”

Kayla Mueller was a humanitarian from Prescott, Arizona who was killed by ISIS in 2015. She was a devout Christian who was committed to helping others and providing humanitarian aid. In October of 2019, U.S. Special Operations Forces killed ISIS leader al-Baghdadi in the raid named in honor of Kayla Mueller. In February, the Governor met with Marsha and Carl Mueller to thank them for their courage and to honor their daughter’s bravery. 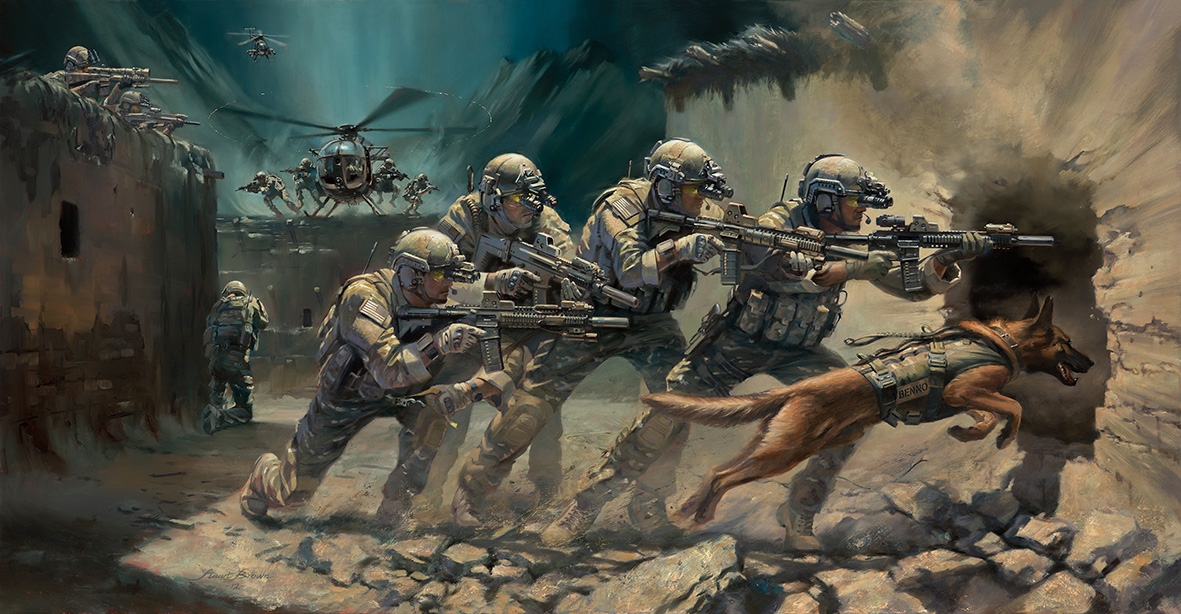 Into The Breach” was painted by Stuart Brown, who donated the painting to the Mueller family. The painting depicts Delta Force Operators surrounding a compound and breaching its wall with explosives. Prints of Brown’s works are collected worldwide, and commissioned original versions of his artwork are possessed by numerous military units, including the U.S. Army Special Operations Command.