Today marks Arizona’s inaugural Sandra Day O’Connor Civics Celebration Day — a day in which a majority of in-person and online classroom instruction is devoted entirely to civics. It is also the 39th anniversary of Sandra Day O’Connor being sworn in as the first female Supreme Court Justice.

The Governor called for this celebratory day in his State of the State Address in January to improve civics understanding and honor Justice O’Connor’s commitment to public service and strengthening civic engagement among our nation’s kids.

Legislation sponsored by Representative Shawnna Bolick, H.B. 2625, making the day official was signed into law by the Governor on March 24, 2020. 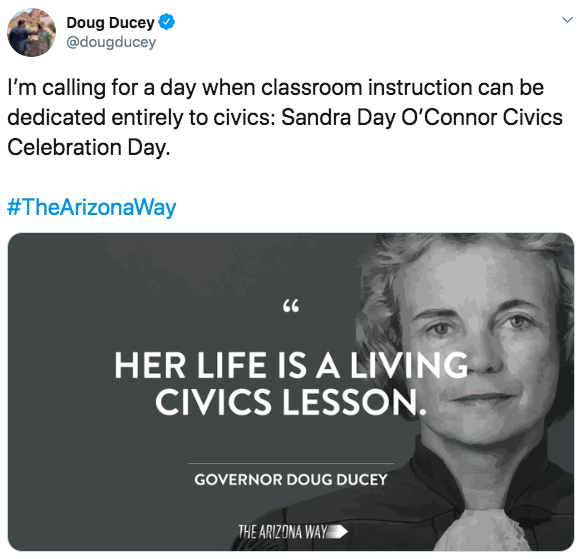 What Schools Are Doing
School districts and charter schools across the state are using fun, engaging activities to teach students about civics and highlight Sandra Day O’Connor’s work to promote civics education for kids.

Tanque Verde High School teachers are offering a wide variety of games, projects and assignments that include ways to learn about local elections, tests on civic knowledge, lessons on how to become civically engaged and much more.

Madison Highland Prep teachers are explaining to students Justice Sandra Day O’Connor’s public service to our state and nation as well as the importance of civic responsibility. They will use online tools so students can engage with the activities and learn more about civics.

CASA Academy in Phoenix is utilizing a video of Sandra Day O’Connor and age-appropriate discussions and activities to teach students about civics.

Legacy Traditional Schools are providing students videos, lessons and activities that cover the foundations of government, civil rights, the Constitution, the branches of government and much more.

Background
In 2015, Governor Ducey signed the American Civics Act requiring that all Arizona students pass a basic civics test before graduating from high school. It was the first bill the Governor signed, making Arizona the first state in the country to enact such a law. Since then, 34 states have followed Arizona’s lead and passed similar legislation. 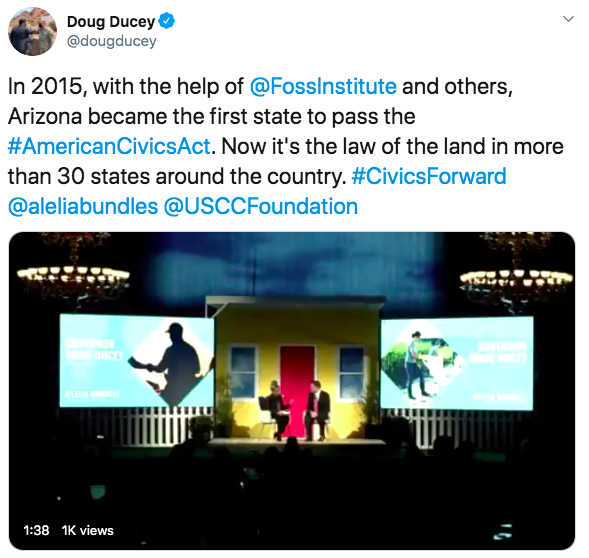 In 2018, Governor Ducey signed legislation creating the State Seal of Civics Literacy Program to recognize and reward students for achieving a high level of proficiency in American civics.

Additionally, Governor Ducey in 2018 signed legislation creating the American Civics Education Pilot Program for grades 9-12, further establishing Arizona as a national leader in promoting civics education. Students in the program take at least one semester of an American civics course and take an assessment at the end. 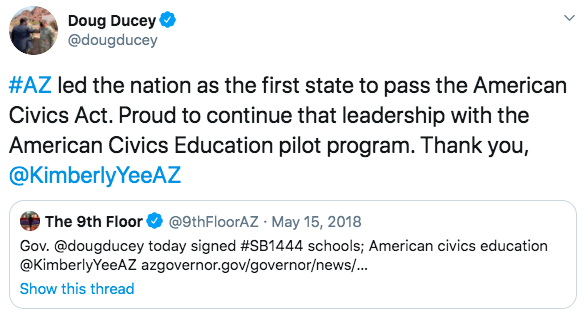