$134 Million Project To Improve Road Connecting Border And I-19 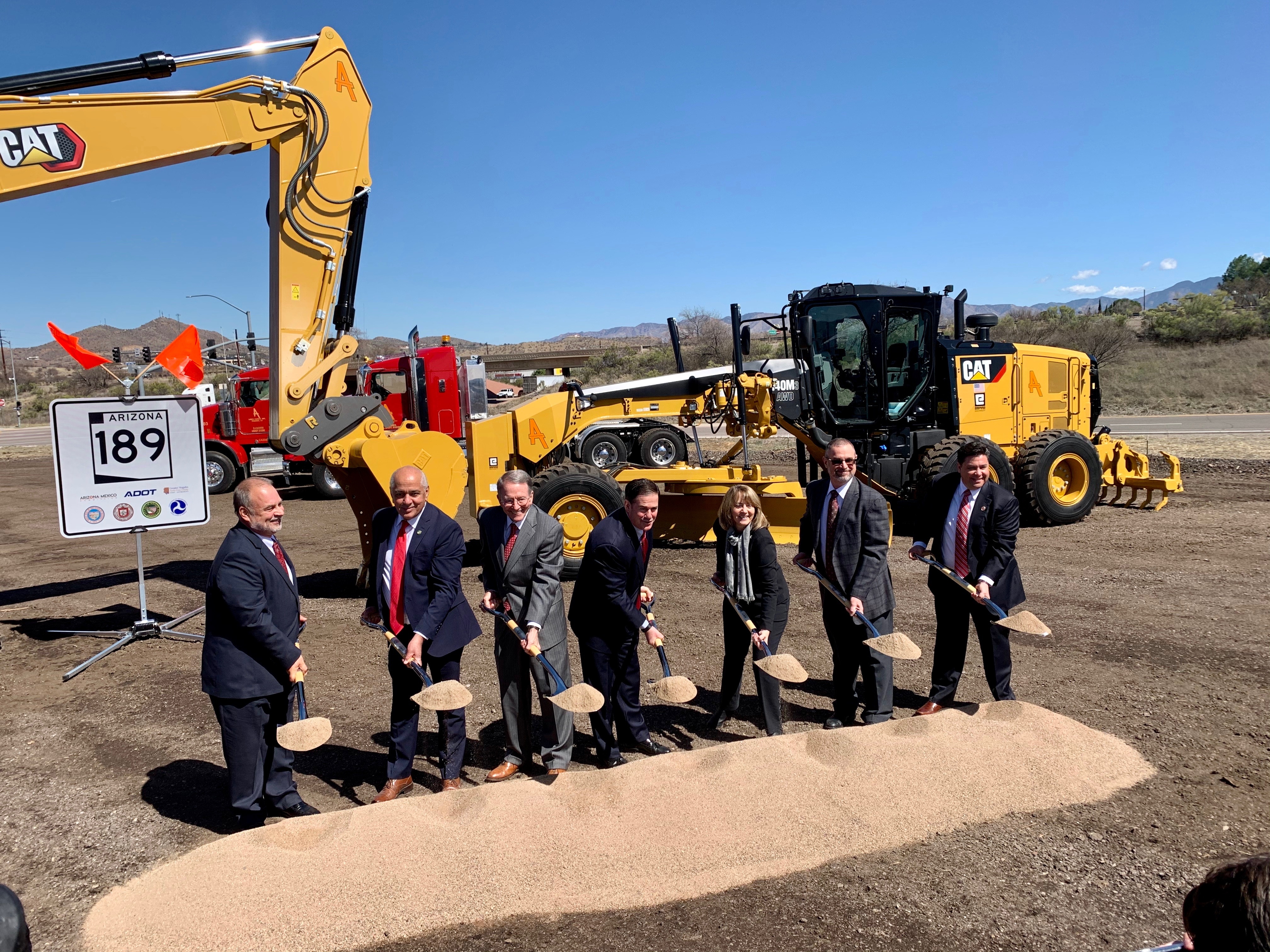 PHOENIX — Governor Doug Ducey and state, local and federal officials today broke ground on a $134 million project to improve mobility and safety on a 3.75-mile Nogales highway. The project, once completed, will help increase international trade coming through Nogales by linking the Mariposa Port of Entry and Interstate 19.

The Arizona Department of Transportation’s upgrades along State Route 189, including flyover ramps connecting with the interstate, will eliminate the need for commercial trucks to stop as many as three times between I-19 and the international border as they travel to and from markets across Arizona and the U.S.

“We know that better roads mean a better future for Arizona,” said Governor Ducey. “The improvements along State Route 189 will improve safety, enhance trade and foster an even stronger relationship with our neighbors in Mexico. With record trade already with Mexico, my thanks to the Arizona Department of Transportation, our partners in Mexico and everyone working to improve our infrastructure and attract even more trade through our ports.”

The Mariposa Port of Entry saw about $24.1 billion in imports and exports in 2018, including much of the winter produce consumed in the U.S. Up to 1,800 commercial trucks use SR 189 daily during the winter months.

Governor Ducey hosted officials at a groundbreaking event near the interchange of I-19 and SR 189, known locally as Mariposa Road. Construction is expected to begin in April and take about 18 months to complete.

A $25 million appropriation by the state of Arizona as well as a highly competitive $25 million federal Transportation Investment Generating Economic Recovery (TIGER) grant will allow ADOT to build the entire project at once, rather than in two phases. The expedited timeline will result in a savings of $13 million.

The project also will benefit Nogales residents and businesses by reducing congestion on one of the community’s primary roads.

“Moving large commercial trucks to the new flyover ramps will not only benefit the trucking industry but will improve traffic flow and make Mariposa Road safer for all,” ADOT Director John Halikowski said.

The flyover ramps, which will connect with SR 189 west of Frank Reed Road, will increase safety for students of nearby Nogales High School. The project also includes a new roundabout at Target Range Road and improved drainage and traffic signals, among other improvements.

Local officials touted the project’s importance not just for Nogales and Santa Cruz County but all of Arizona.

“During my first administration in 2011 we talked about ways to improve State Route 189, and now it’s real,” Nogales Mayor Arturo Garino said. “This is a very good project that is important for the city of Nogales and for the entire state of Arizona economically.”

Bruce Bracker, a Santa Cruz County supervisor, called the improvements critical for the continued growth of the region.

"The modernization of SR 189 will greatly help with congestion along the corridor and address major safety concerns, particularly with the grade-separation that will provide a safer environment for the high school traffic and traffic in general,” Bracker said. “It is critical that we promote this project and attract new investment and create new jobs in our community."

Jaime Chamberlain, chairman of the Greater Nogales Santa Cruz County Port Authority and former chairman of the Fresh Produce Association of the Americas, said the work will support improvements to the Mariposa Port of Entry completed in 2014.

“This project also leverages the investment made by the Mexican government to modernize Highway 15, the highway that connects Arizona to Mexico City,” Chamberlain said. “This is a major investment for Nogales and for Arizona. The future is bright for our community.”

To learn more about the project, please visit azdot.gov/SR189.