PHOENIX — In 2019, Arizona continued to strengthen collaboration, economic growth and trade with its neighbors in Mexico, especially Sonora.

The Arizona-Mexico Commission, which works to improve the economic prosperity and quality of life for all Arizonans, in 2019 celebrated its 60th anniversary. Founded in 1959 by former Arizona Governor Paul Fannin, the commission established binational committees with Mexico to focus on issues like trade, tourism, health services and more. The commission’s strong focus on collaboration and relationship-building has benefitted economic growth on both sides of the border and strengthened cross-border ties.

Governor Ducey and the Arizona-Mexico Commission also advocated for ratification of the United State-Mexico-Canada Agreement (USMCA). The House on December 19 passed the USMCA, which will strengthen trade between the U.S, Mexico and Canada. The agreement will go to the Senate, which is expected to ratify. 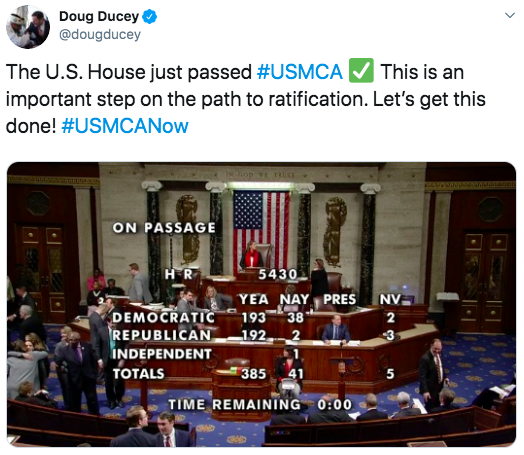 Trade with Mexico and Canada supports more than 228,000 Arizona jobs and $20 billion in combined total trade for the two countries. The USMCA will increase the state’s trade opportunities with these international trade partners.

“I just want to close saying how much I appreciate the leadership of Governor Ducey with other governors, other colleagues. Without his leadership, other governors would not be so sympathetic to Mexico and to the USMCA.” 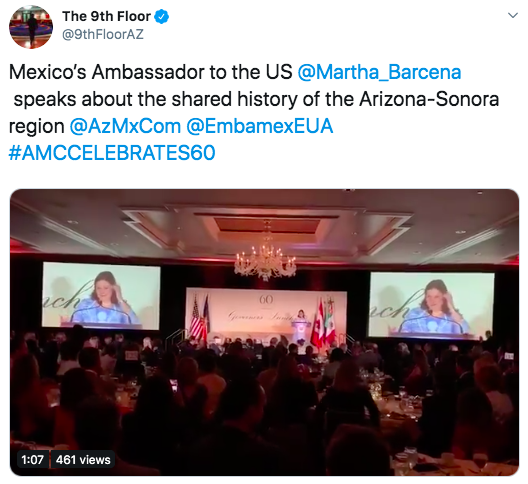