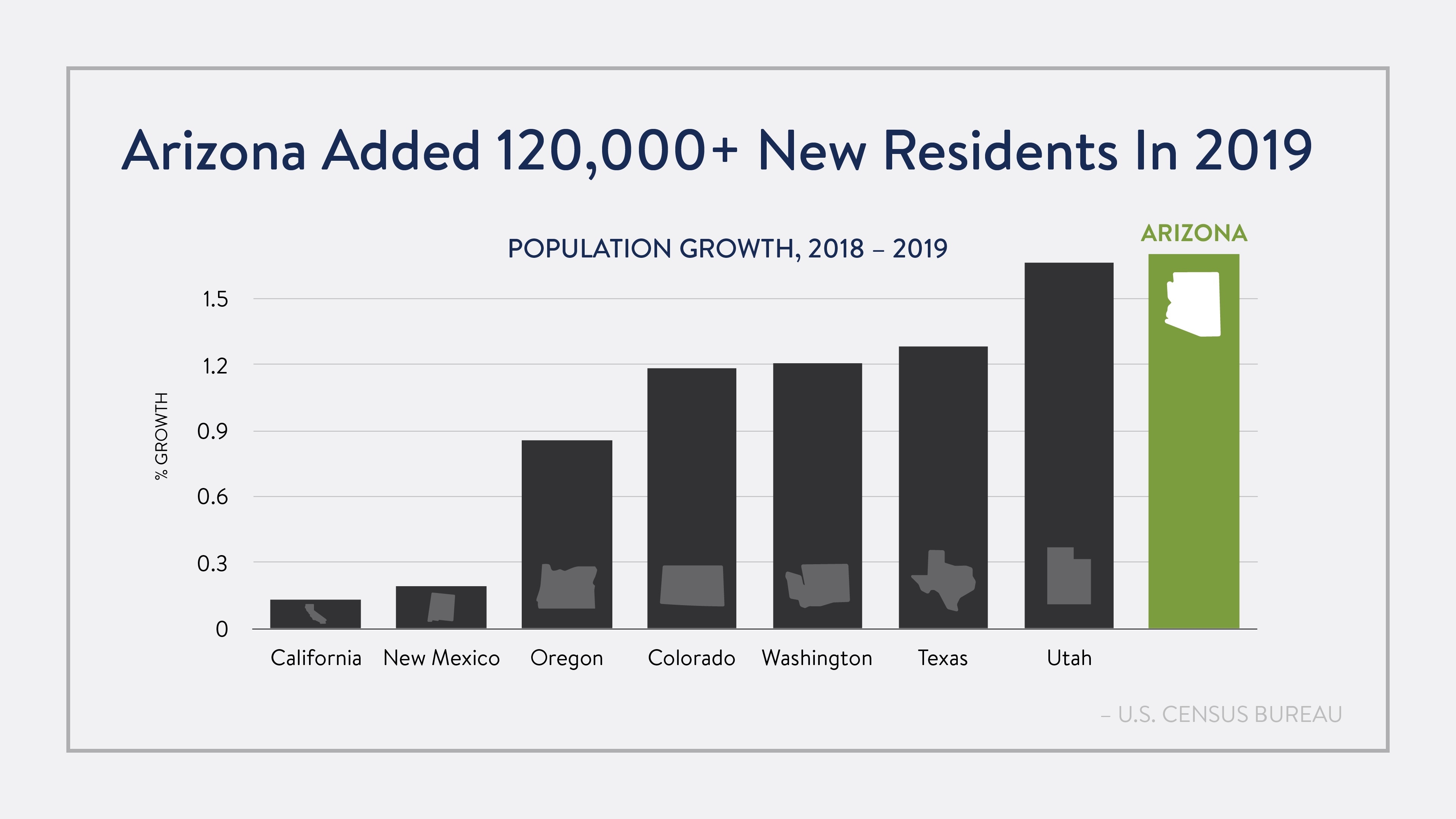 With a nearly 1.7 percent growth from July 2018 to July 2019, Arizona jumped from fourth to third-highest rate of growth in the nation. The state also ranked third in the number of new residents with more than 120,000 newcomers. Only Texas and Florida added more residents.

“Arizona’s budget is balanced, our economy is booming and we have more people choosing our state than nearly anywhere in the country,” said Governor Doug Ducey. “With more people and more jobs, Arizona is investing in the things that really matter, like our K-12 public schools, public safety and roads and bridges. The credit goes to the entrepreneurs, innovators, educators, law enforcement officers, volunteers and more who make Arizona the best state to live, work, play and get an education.”

State Policy Reports recently ranked Arizona fourth in economic momentum as well as in the top five for growth in personal income, employment and population. Arizona has added more than 300,000 jobs since 2015 while investing in things that matter most, like K-12 public education, public safety and our roads and bridges.