PHOENIX — Arizona this year knocked down barriers for Arizonans to get to work including becoming the first state to recognize out of state occupational licenses and removing excessive requirements to blow dry hair. With the third-highest rate of growth in the nation, Arizona’s welcoming atmosphere and efforts to cut red tape are getting results. 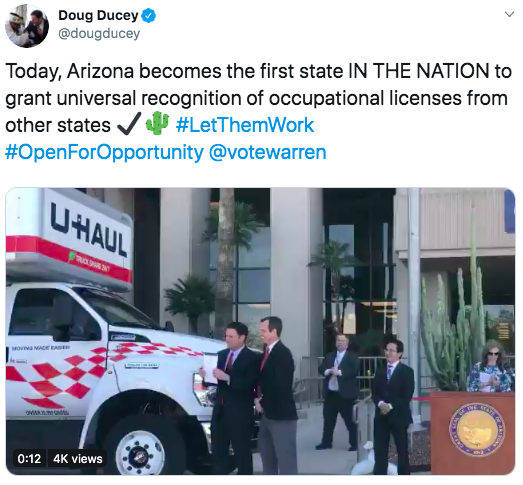 Arizona’s licensing boards and commissions are now required to recognize occupational licenses granted in other states during the licensing process, something already done for spouses of military personnel deployed to Arizona. The bill ensures public health and safety protections for jobs that require background checks or other safety requirements. 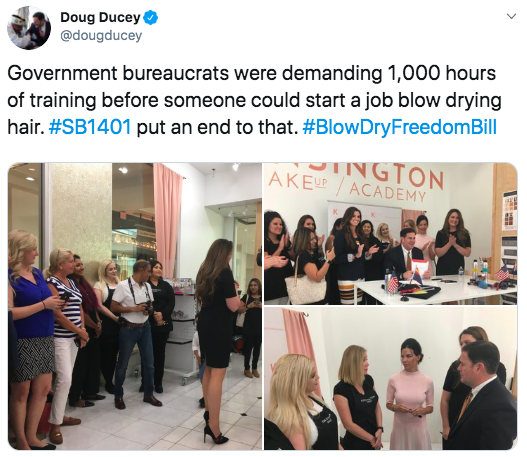 In 2017, Governor Ducey signed H.B. 2372, waiving licensing fees for first-time applicants from families earning less than 200 percent of the federal poverty level— reducing a key workforce barrier for those in need. In July, the Arizona Mirror reported that the fee waivers have a significant impact on people who are going into nursing. 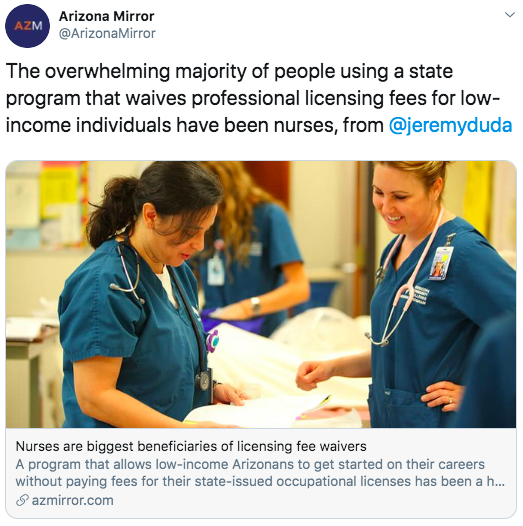