From September 15 through October 15, Arizona is celebrating the cultural and economic contributions of Hispanic Arizonans as part of Hispanic Heritage Month. In proclaiming the month, Governor Ducey said:

“From our history to our people, Hispanic heritage is woven into the fabric of our state, creating a richness and diversity today that’s uniquely and undeniably Arizonan.”

With Hispanic Heritage Month nearing an end, below are some of the ways Arizona celebrated the significant contributions of Arizonans of Hispanic heritage. 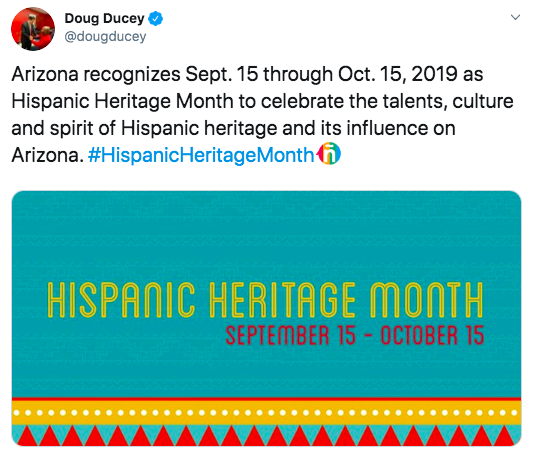 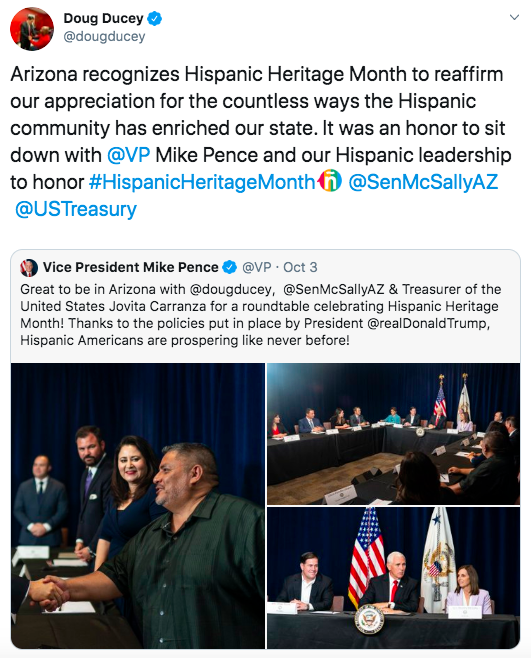 Governor Ducey earlier this month joined Vice President Mike Pence, Senator Martha McSally and Treasurer of the United States Jovita Carranza for the Southwest Hispanic Leaders Roundtable in Honor of Hispanic Heritage Month. There, they discussed the role the Latino community and the Hispanic community play in Arizona’s economic success. 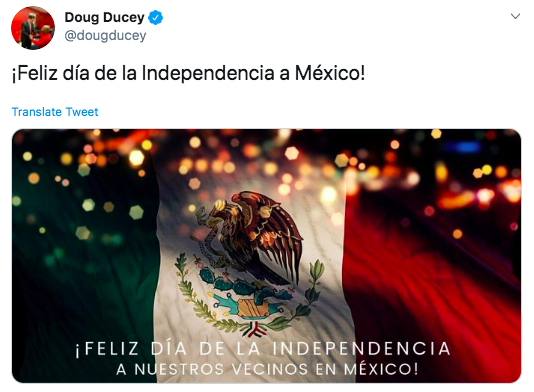 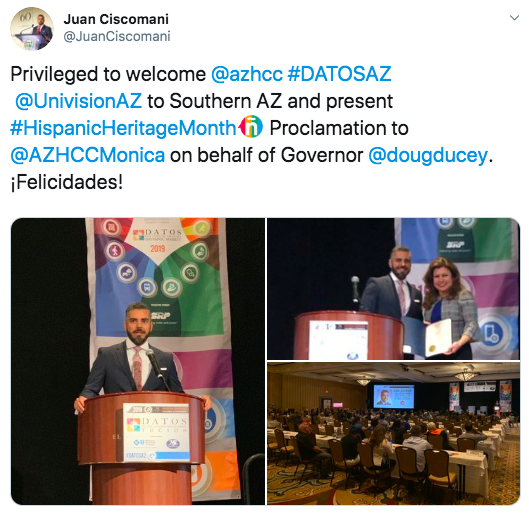 The Arizona Hispanic Chamber of Commerce (AZHCC) released its annual DATOS report— which describes the Hispanic community’s continued growth and economic impact not only in Arizona, but across the nation. In celebration of the newly released research and the AZHCC’s support of Hispanic-owned businesses in Arizona, Governor Ducey presented the AZHCC with the Hispanic Heritage Month proclamation. 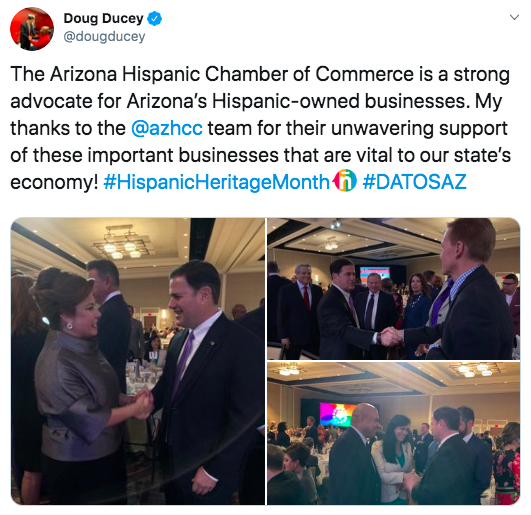 Art Exhibit At The Capitol 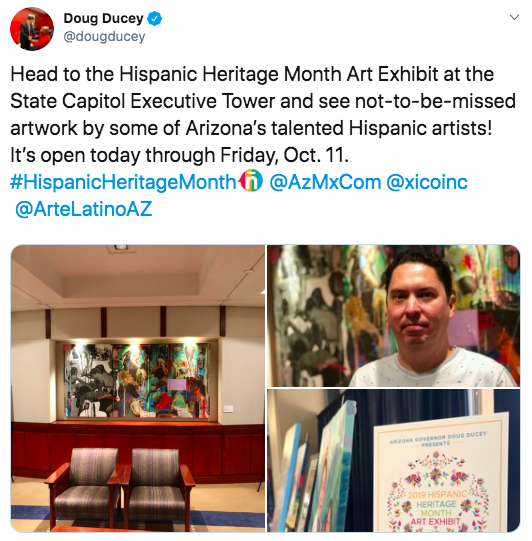 Governor Ducey and the Arizona-Mexico Commission presented the 2019 Hispanic Heritage Month Art Exhibit, which featured 15 pieces of artwork created by Arizona-based Hispanic artists at the State Capitol Executive Tower for the public to visit. The governor met some of the artists whose art was featured and learned more about their work during a visit to the art exhibit, which was on display Monday, October 7 through Friday, October 11. 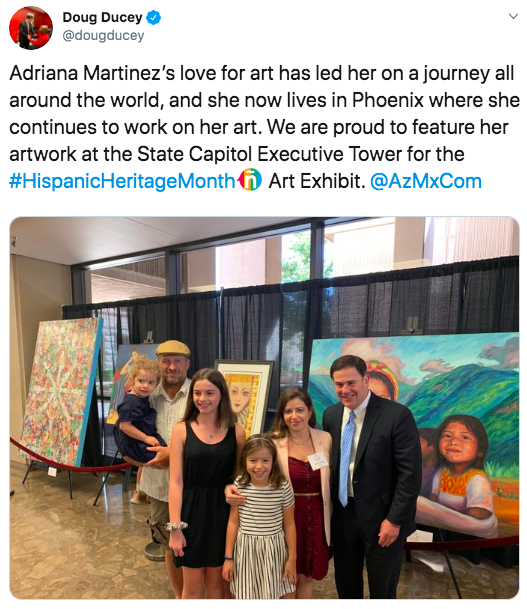 Governor Ducey sat down with Heidi Renpenning at Univision Noticias Arizona to discuss Arizona’s appreciation for the cultural and economic impacts of the Hispanic community, as well as the countless ways it has enriched the state. 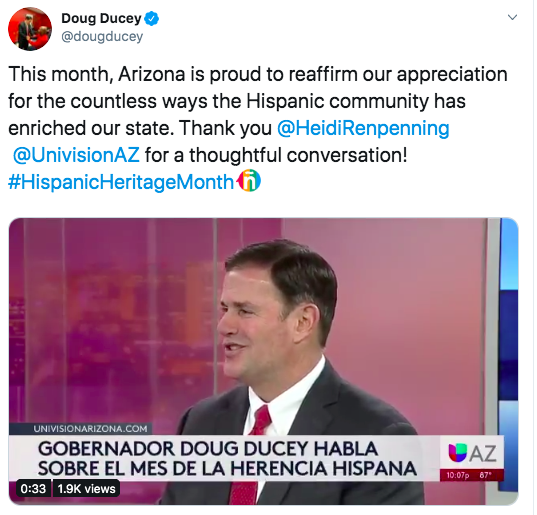 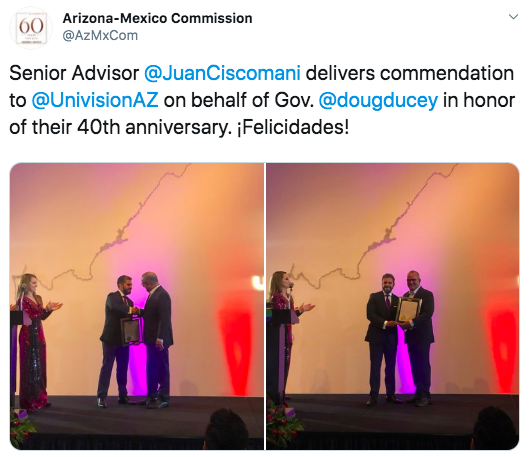 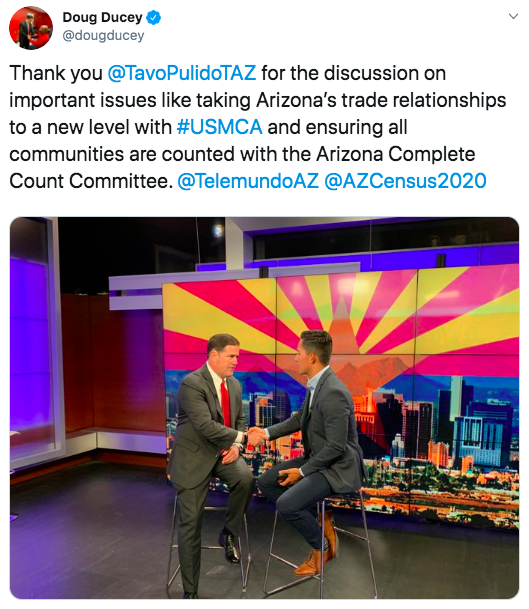 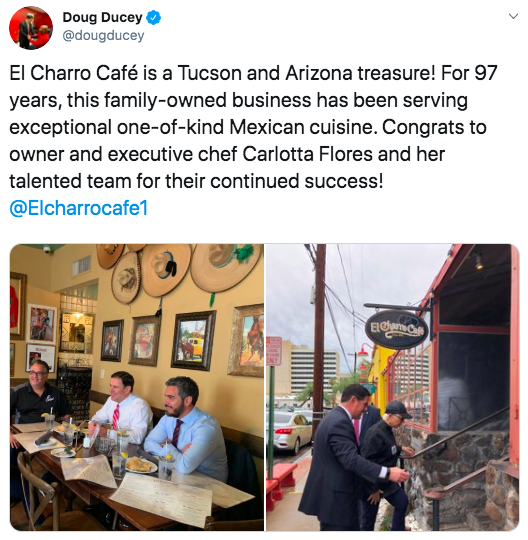 During a trip to Tucson, Governor Ducey stopped at El Charro Café for lunch with the restaurant’s owner, Carlotta Flores, and her family. Established in Tucson in 1922, El Charro is considered the oldest Mexican restaurant in the nation. At lunch, the governor presented Flores with a commendation celebrating El Charro Café’s 97 years of operation. 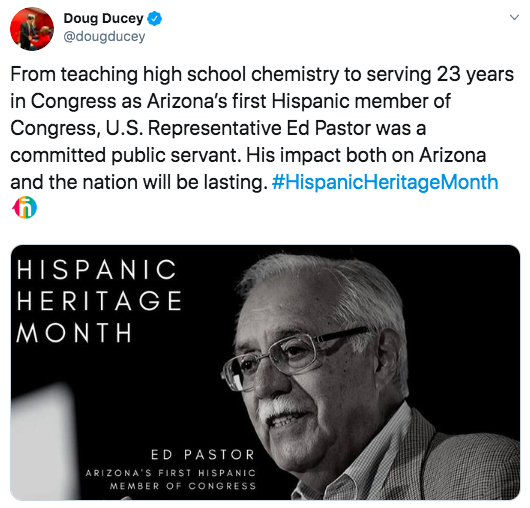 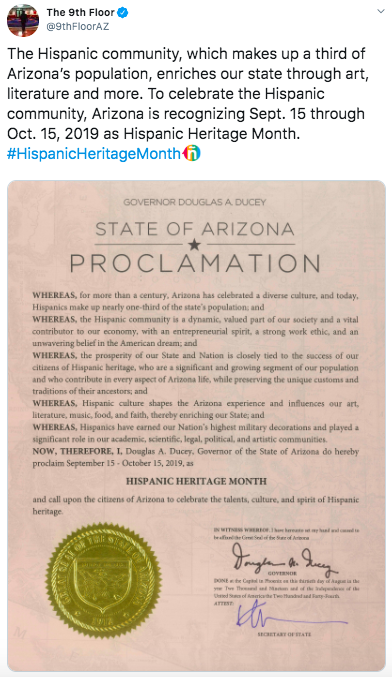 Hispanic community is a dynamic, valued part of our society and a vital contributor to our economy, with an entrepreneurial spirit, a strong work ethic, and an unwavering belief in the American dream. 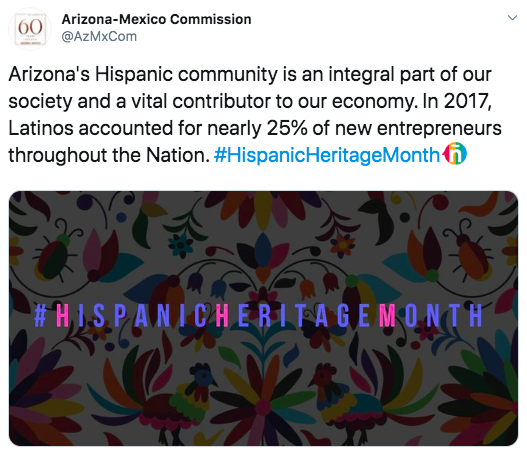