This morning, the White House announced a new initiative aimed at sharing best practices across states for reducing licensing barriers — with a prominent focus on Arizona’s pioneering policy achievements.

From passing first-in-the-nation recognition of out-of-state occupational licenses to waiving licensing fees for those in poverty, Arizona has led to eliminate unnecessary red tape and help people get to work. In the last two years alone, Arizona has identified and eliminated more than 1,098 unnecessary regulations, saving entrepreneurs and job creators more than $79 million. 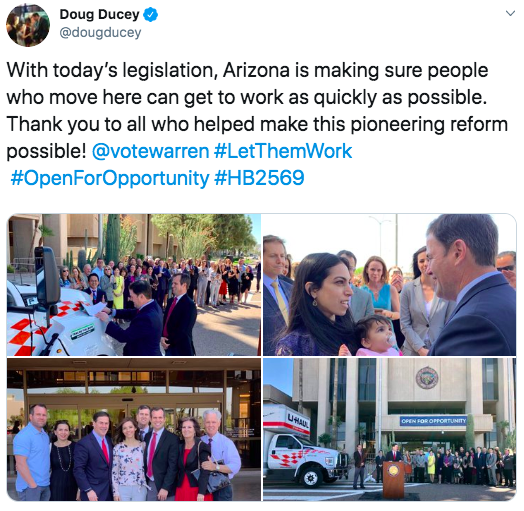 Governor Ducey signed H.B. 2569 on April 10, 2019, making Arizona the first state in the country to recognize occupational licenses for residents new to the state. In his 2019 State of the State Address, Governor Ducey said:

“If people want to work, let’s let them work. 100,000 people will move here this year. There’s a job available for every one of them.” 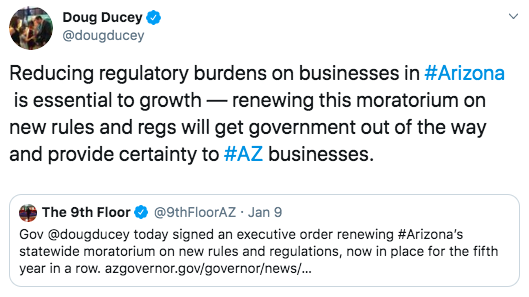 Governor Ducey issued a moratorium this January on all new regulatory rulemaking in Arizona for the fifth year in a row — every year he’s been in office. The moratorium restricts unchecked government expansion that stifles innovation and job growth. 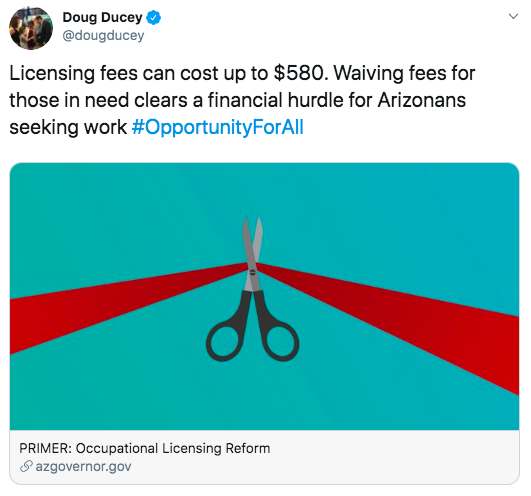 Governor Ducey signed H.B. 2372 in 2017, waiving licensing fees for first-time applicants from families earning less than 200 percent of the federal poverty level— reducing a key workforce barrier for those in need. The new law has resulted in more than 880 fees waived for low-income applicants since September 2017. 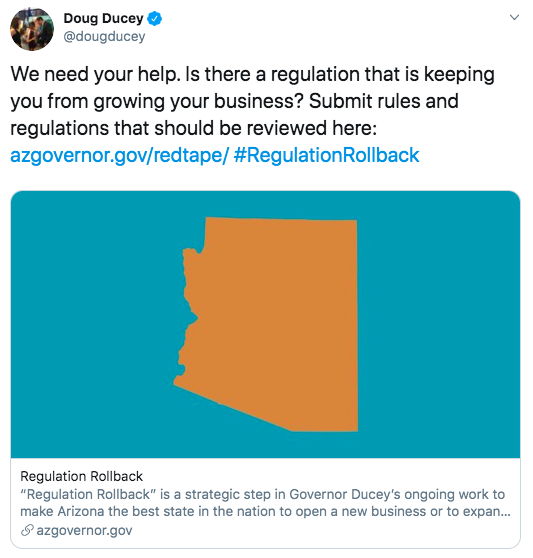 Governor Ducey launched Regulation Rollback in 2017 to make Arizona the best state in the nation to open a new business or to expand an existing one. As part of the initiative, Arizonans can use Regulation Rollback’s online service to crowdsource recommendations on how to update Arizona’s regulatory system. It allows individuals across the state to recommend ways to improve or eliminate outdated regulations directly to the governor’s office by submitting their ideas through redtape.az.gov. 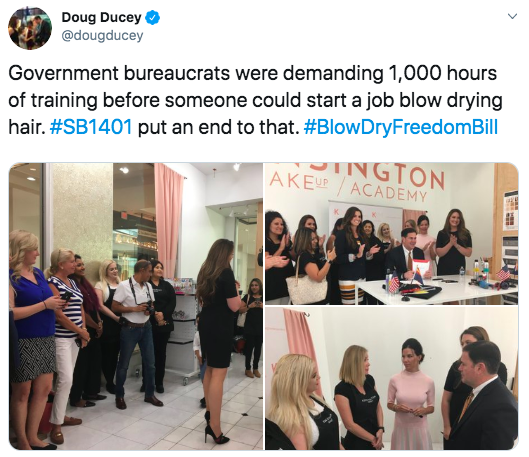 “These same special interest bullies are at it again. This time, going after people who simply want to make a living blow-drying hair. No scissors involved. It’s the latest craze, and one where the government currently requires 1,000 hours of training. 25 weeks.”