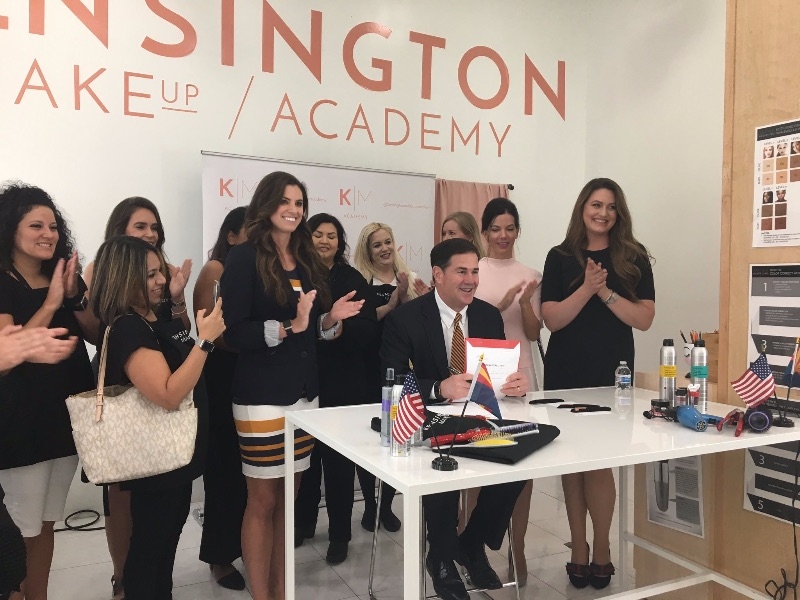 “Arizona is saving thousands of hours for those who want to pursue a career in hair styling with the passage S.B. 1401,” said Governor Ducey. “People want to work. We should let them work without having to jump through unnecessary government hoops. With this law, Arizona continues to be a state that is open for opportunity for all. My thanks to Senator Ugenti-Rita for her leadership to get his important legislation passed with bipartisan support.”

“This bill gets rid of expensive, time-consuming requirements for people who simply want to blow-dry hair and it allows them to get to work,” said Senator Ugenti-Rita. “Thank you to everyone who helped in getting this important legislation passed and signed into law so people can kick start their hair styling careers without having to face unnecessary hurdles.”

The passage of the Blow Dry Freedom Bill fulfills a priority called for in Governor Ducey’s 2018 State of the State Address, in which he said:

“These same special interest bullies are at it again. This time, going after people who simply want to make a living blow-drying hair. No scissors involved. It’s the latest craze, and one where the government currently requires 1,000 hours of training. 25 weeks. More than an EMT, Certified Nursing Assistant, or a truck driver. Representative Ugenti-Rita has a bill to change that. Let’s get more Arizonans to work and get it passed.”

In April, Governor Ducey signed legislation making Arizona the first state in the nation to provide universal recognition of occupational licenses. Get more details of this landmark licensing reform HERE.