Yesterday, Governor Ducey joined the Arizona-Mexico Commission to launch a new website that makes it easier for Arizonans to make their voices heard in support of the United States-Mexico -Canada Agreement, or USMCA.

In his 2019 State of the State Address, Governor Ducey said:

“I’m proud to say, our relationship with Mexico is stronger than ever. With an updated North American trade deal, known as the USMCA, this will mean even more trade coming through our ports and more jobs for Arizonans.”

The website, www.usmcanow.org, is a resource Arizonans can use to learn more about the economic impact of the state’s trade relationships with Canada and Mexico and get engaged in the mission to urge Congress to ratify USMCA. 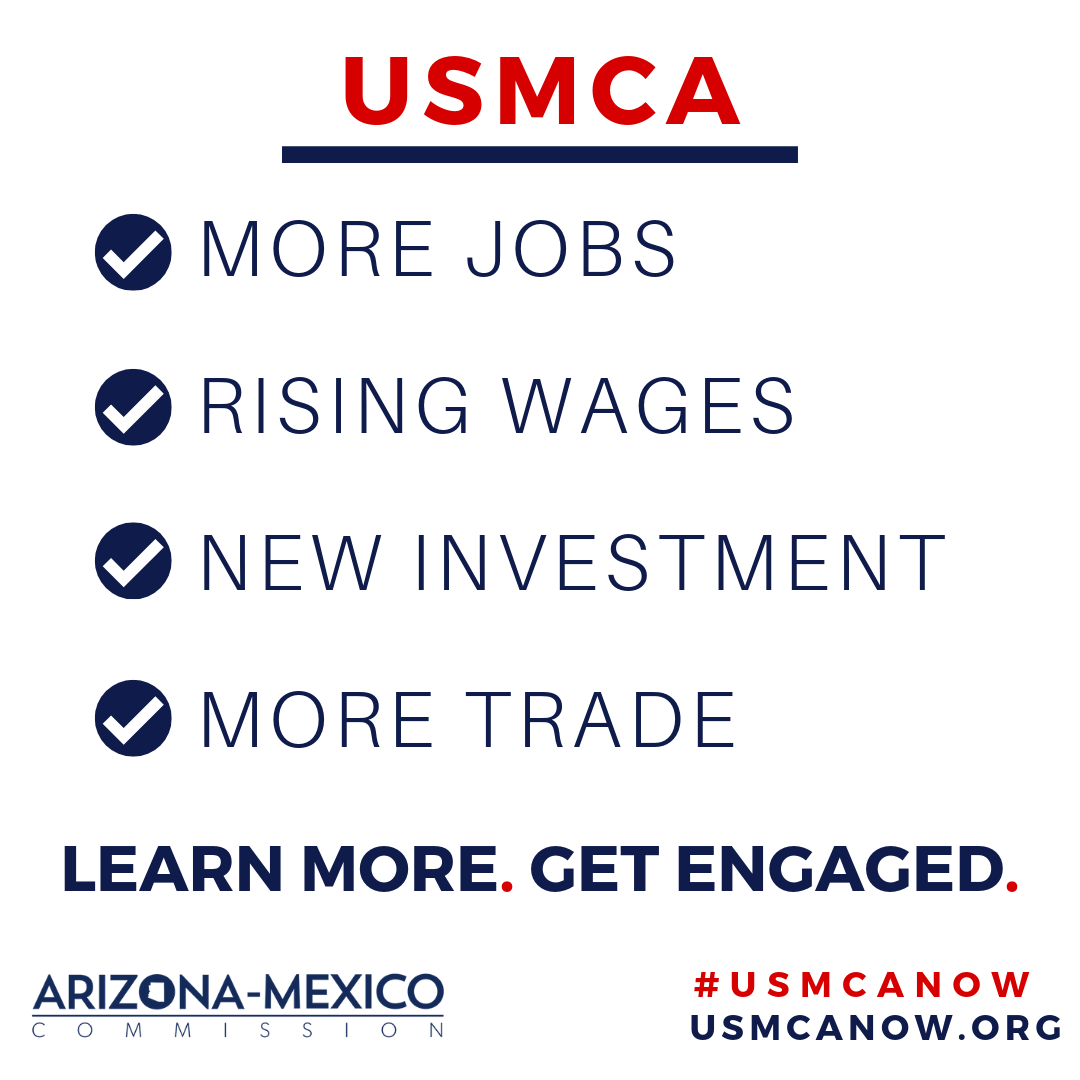 During a visit to Arizona hosted by Governor Ducey earlier this year, Mexican Ambassador to the U.S. said: “If people care about Mexico, they will vote for the USMCA," Ambassador Bárcena told attendees.

Earlier this year, Governor Ducey wrote a letter to the Congressional Delegation to reiterating his support for the ratification of USMCA.