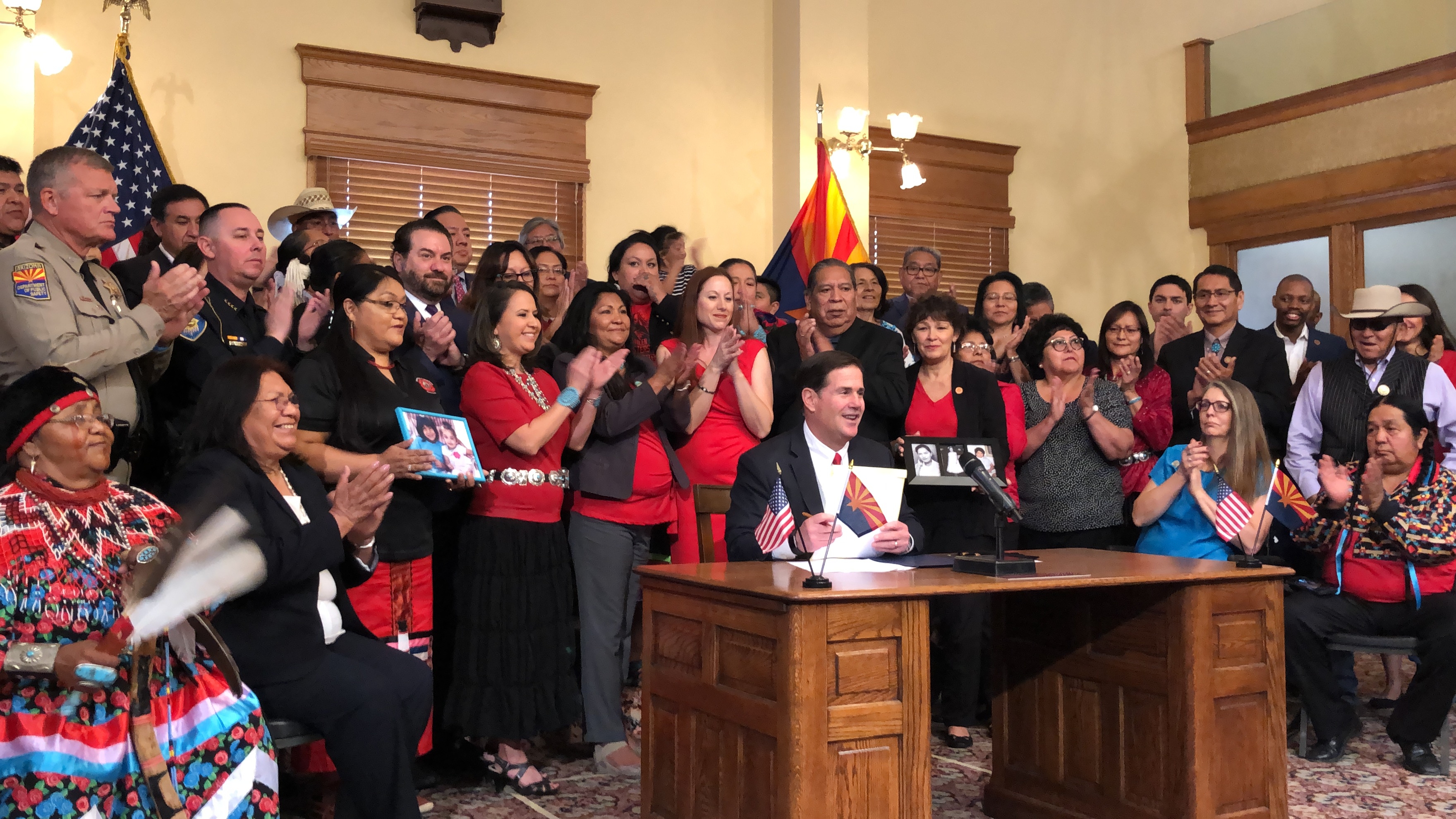 H.B. 2570 passed both the Arizona House and Senate with unanimous support earlier this year.

“The crisis of missing and murdered indigenous women and girls is a heart-wrenching reality that tribal communities have been experiencing for far too long,” said Governor Ducey. “So many families have been subjected to the grief and pain of losing a loved one who was killed or sadly vanished. Today, Arizona says ‘no more.’ My compassion and thanks go out to these families and advocates involved in leading this fight for answers, action and justice. And my thanks to the many lawmakers around the state, especially Senator Victoria Steele and Representative Jennifer Jermanie, for leading to get this bill passed.”

“Today, we have taken a meaningful step toward bringing to light countless untold stories of missing or murdered indigenous women and girls,” said Representative Jennifer Jermaine. “For too long, these families have suffered in silence. The collaborative work of this committee, in partnership with our Tribal Nations, will help move us closer to ending this epidemic of violence in Arizona.”

“In some tribal communities American Indian women face murder rates 10 times the national rate, yet, there is little to no data to show what exactly is happening,” said Senator Victoria Steele. “We can’t allow our Native sisters to just disappear at this rate and not draw attention to it. Today, we are taking action by shedding light on this issue and finally giving it the attention it deserves.”

“Having worked with indigenous peoples through much of my life, it has a strong, personal element of satisfaction to be a part of this effort to gain understanding of this ongoing tragedy,” said Speaker Rusty Bowers. “I thank Representative Jermaine and the unanimous support of the House and Senate for their strong statement of support as well.”

More than 4 in 5 American Indian and Alaska Native women have experienced violence in their lifetime. The U.S. Department of Justice has reported that in some communities across the United States, the murder rate of indigenous women exceeds 10 times the national average.