BRIEF: Arizona Thanks Firefighter Crews On The Front Lines 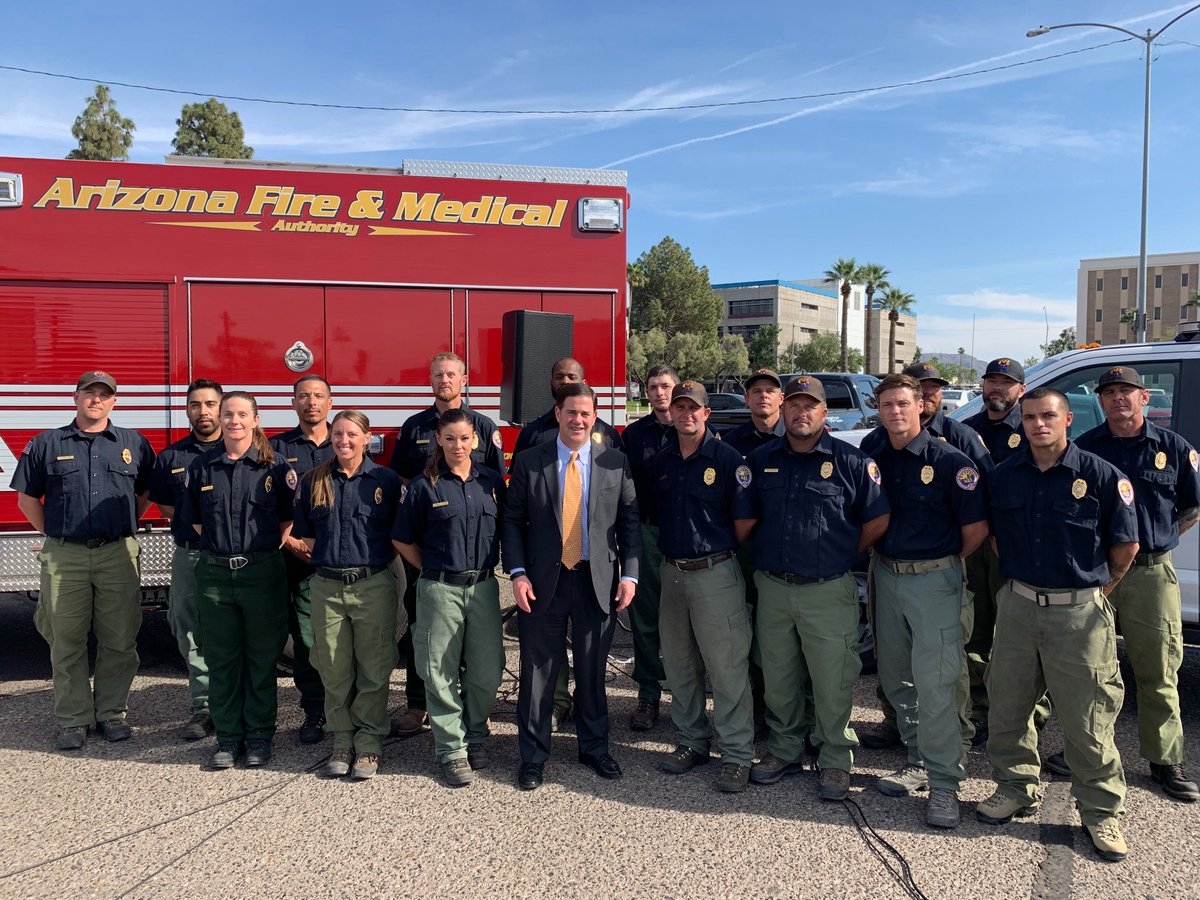 The Phoenix post-release fire crew at the fire season briefing on April 1, 2019.

The Arizona Department of Forestry and Fire Management (DFFM) has nearly 300 wildland firefighters deployed to tackle wildfires in every part of the state. This includes more than 240 firefighters who are part of the state’s inmate hand crews, assembled through a partnership between DFFM and the Arizona Department of Corrections, as well as 20 firefighters on the new post-release Phoenix Crew. DFFM also operates five state engine crews.

“Everyone has a role to play in keeping our communities safe this wildfire season,” said Governor Ducey. “To all of our firefighters and first responders, we are grateful for your service in the face of danger. Thank you for all you do to keep us safe.”

One spark is all it takes to start a wildfire — shutting down roads, endangering people, pets and property and damaging natural environments. Fire restrictions remain in place on some state and federal lands in Arizona, so campers need to check fire restrictions before leaving: https://firerestrictions.us/az/. 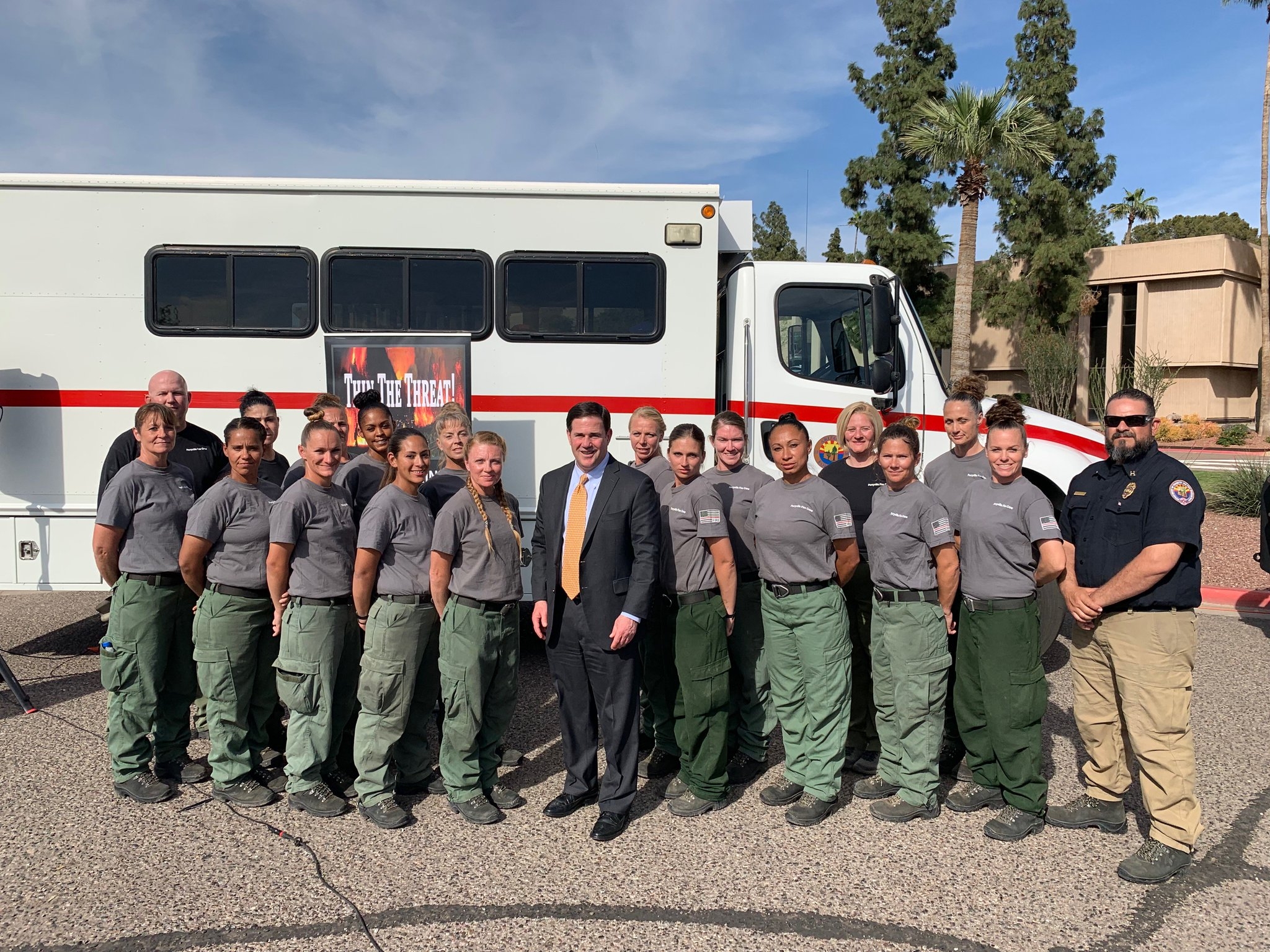 The all-female Perryville inmate fire crew at the fire season briefing on April 1, 2019.