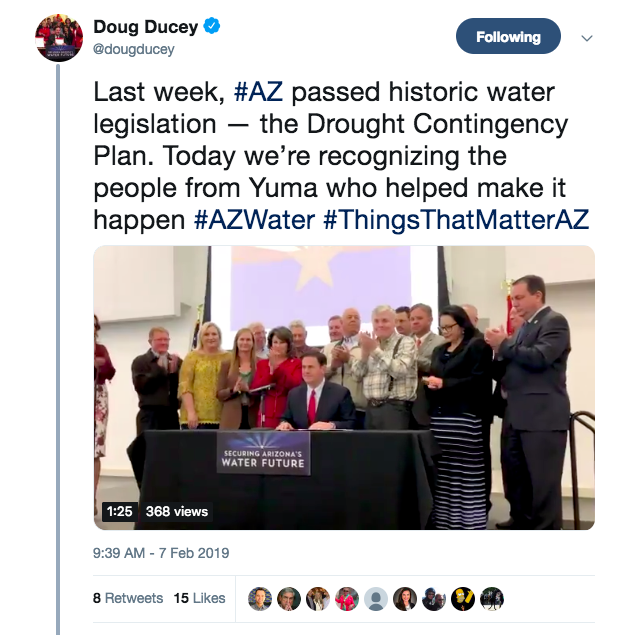 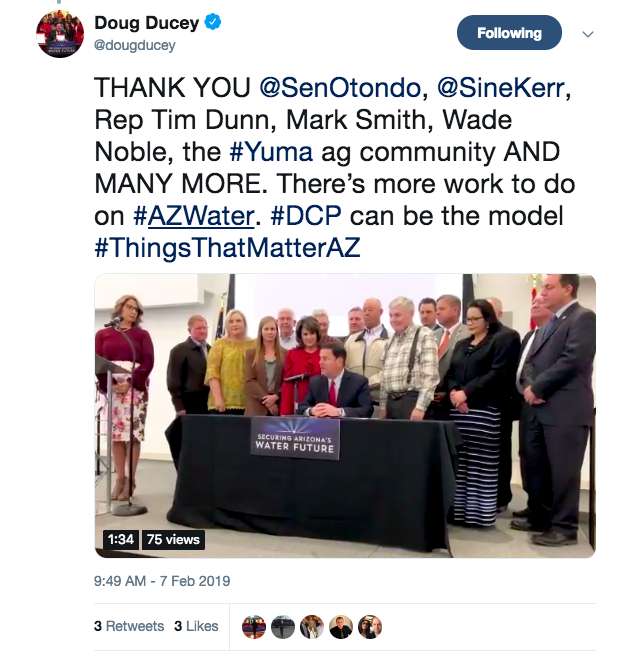 “The Drought Contingency Plan is a historic, bipartisan achievement. This is the biggest thing to happen for water in the state of Arizona in the last forty years,” Governor Ducey said at the ceremonial signing. “The road wasn’t easy. The people that got this done put the state of Arizona first. I want to thank all the leaders in the Yuma community for their partnership. We’ve proved that working together with a common goal in mind, there’s no limit to what we can achieve.”

View the governor's full remarks at the signing HERE.