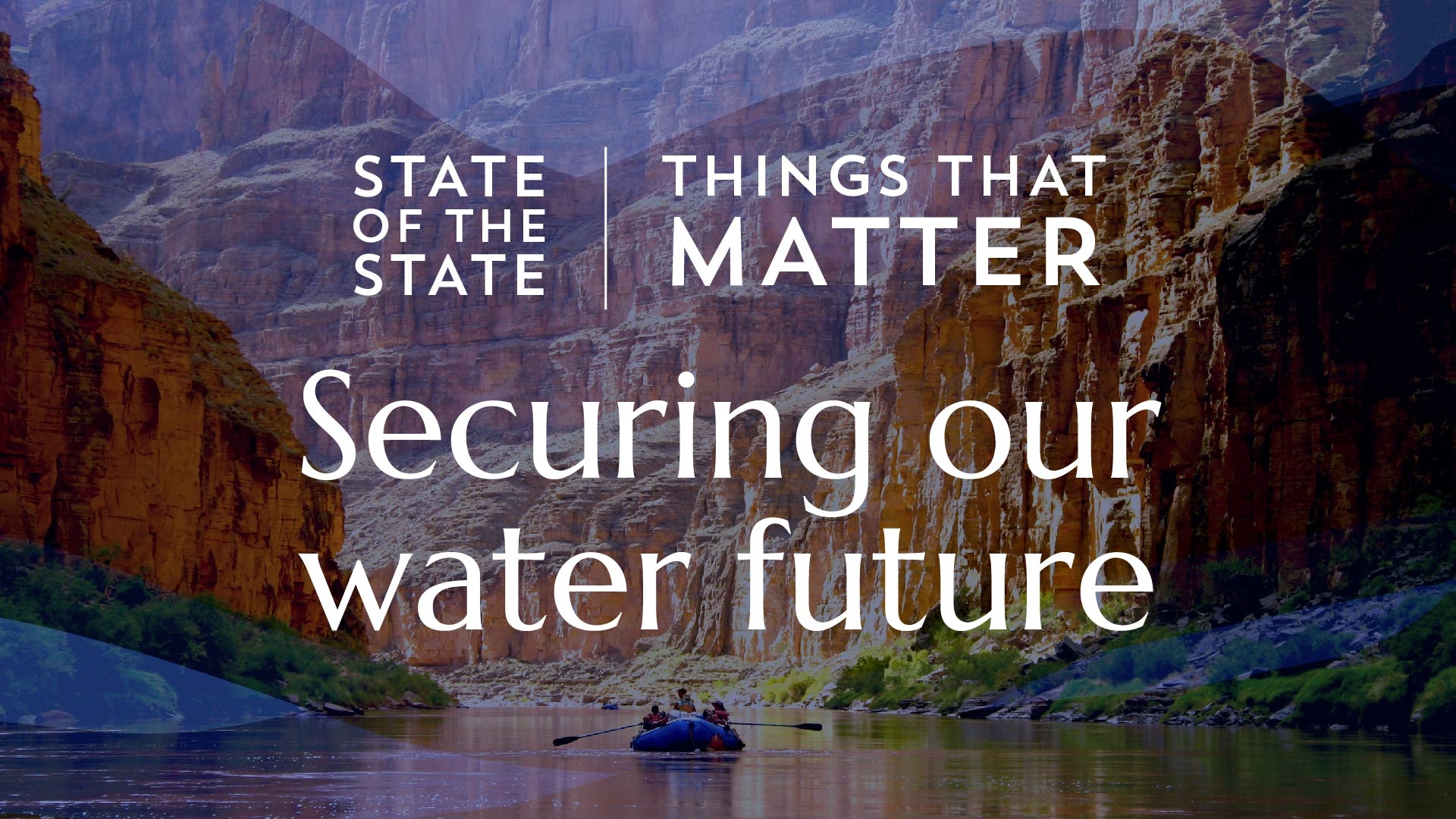 PHOENIX — In his State of the State address Monday, Governor Doug Ducey called for urgency in the passage of Arizona’s Drought Contingency Plan, a critical step in securing Arizona’s water future.

“We’re in a 19-year drought. It’s going to get worse before it gets better. Arizona and our neighboring states draw more water from the Colorado River than Mother Nature puts back. It’s time to protect Lake Mead and Arizona. It’s time to ratify the Drought Contingency Plan and we have 17 days to do it.”

Arizona, along with six other states known as the Colorado Basin states, receives a supply of water from the Colorado River, Lake Mead and Lake Powell. If Lake Mead, the river’s largest reservoir, reaches certain critically low levels, Arizona could lose access to up to 17 percent of its water allocation — equivalent to a year’s worth of water for one million households.

In response to an extended period of drought and declining water levels in Lake Mead, the Colorado Basin States were tasked with developing Drought Contingency Plans (DCPs) meant to protect the lake from reaching critically low levels, which could trigger potentially catastrophic reductions in Arizona’s Colorado River water supply.

Arizona’s 19-year drought places the issue of securing our state’s water future at the forefront of Governor Ducey’s legislative priorities. With a federally imposed deadline of January 31, 2019, the Arizona legislature must act with urgency in ratifying the Drought Contingency Plan.