PHOENIX — Governor Doug Ducey today released his balanced budget for fiscal year 2020. The fiscally conservative budget calls for increasing Arizona’s Rainy Day Fund to $1 billion, a record high, while protecting and fulfilling teacher pay raises and investing $637 million new dollars into K-12 public schools. This budget avoids mistakes of the past by depositing half of the surplus into the Rainy Day Fund and a majority of those investments are one-time investments.

“Over the last four years, Arizona has gone from a $1 billion deficit to a $1 billion surplus, but we aren’t going on a spending spree. We are going to live within our means and prepare for the future, and this budget does that,” said Governor Ducey. “Where we can make targeted investments to help our most vulnerable and expand access to opportunity, we will, while ensuring those investments are sustainable in the long-term. I look forward to working with all legislators to pass this budget and put Arizona on even stronger financial footing now and into the future.” 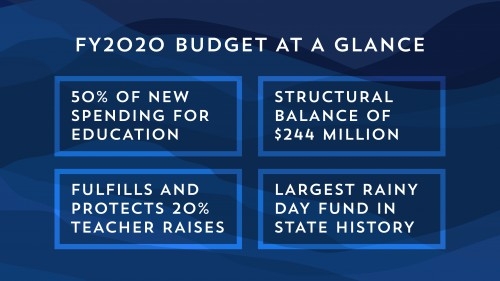 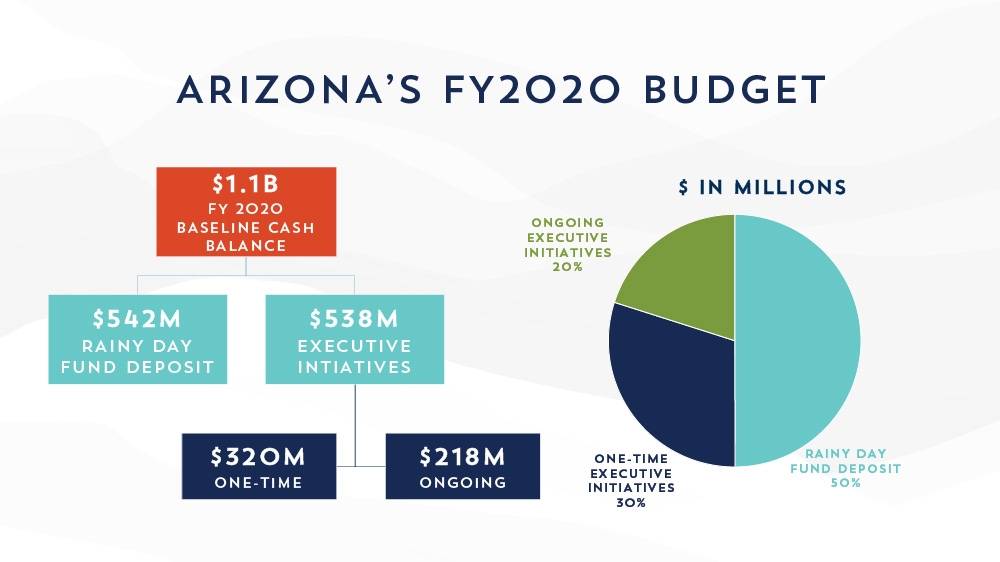 Highlights of the budget plan include:

The FY2020 budget maintains a structural balance with a surplus of $244 million.

Arizona continues to pay off debt and lower interest costs, allowing the state to reclaim ownership free and clear of buildings like the State Capitol. Other buildings that the state will regain ownership over include: the Executive Tower; the School of the Deaf and Blind; the Fair Grounds; the Library & Archives; and the Supreme Court. The refinancing is projected to save $109 million in General Fund dollars in reduced debt payments over the next 10 years.

The complete budget can be viewed HERE.