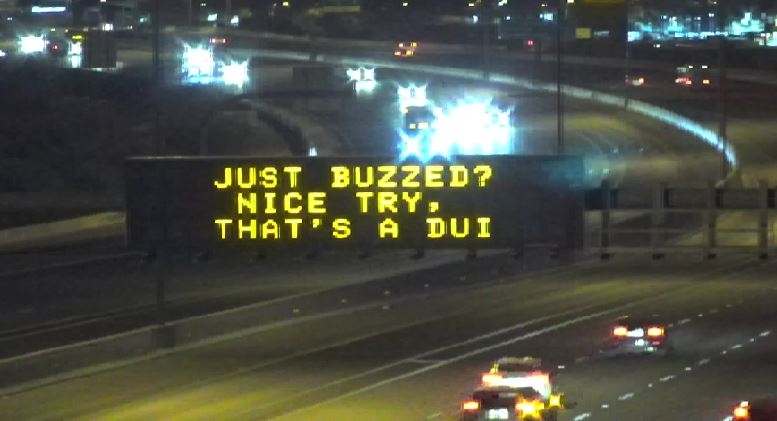 From Thanksgiving to New Year’s Day, the road can be especially dangerous — particularly due to an increased amount of impaired drivers. That’s why the Governor's Office of Highway Safety (GOHS) is partnering with 81 state and local law enforcement agencies across Arizona to reduce incidents of drunk driving during the holidays.

GOHS kicked off the 2018 Statewide Holiday DUI Enforcement and Sober Designated Driver campaigns on Tuesday. The campaigns seek to enhance highway safety by promoting the use of a sober designated driver and by increasing patrols across the state during late night hours and weekends.

Throughout the holiday season, GOHS will host events across Arizona to raise awareness about the dangers of driving impaired. And in partnership with local law enforcement, the Statewide Holiday DUI Enforcement Task Force will deploy specially trained drug recognition experts to detect and remove impaired drivers from Arizona streets.

In an effort to keep Arizonans safe, GOHS is also teaming up with Lyft to offer discounts to riders from November 27th through January 2nd. Existing users can use code SAFEARIZONA18 to receive 20 percent off of two rides, and new users can receive $5 off of four rides with code SAFEARIZONA.

GOHS has seen success in its efforts to increase public safety on Arizona state roads. In 2017, there was about 27,000 DUI arrests, down from about 32,000 five years ago.