PHOENIX — From the creation of new jobs for our citizens, to investing in K-12 education and our universities, to providing real second chances and a hand-up to those in need, to more aggressively fighting the opioid epidemic — we saw some meaningful improvements in important public policy areas in 2017.

Today, the Governor's Office released an interactive review of the past year.

HIGHER EDUCATION: Under a plan included in this year’s budget, Arizona’s three public universities will receive $1 billion in bonding authority to put toward research and development infrastructure. The landmark investment will enable Arizona State University, the University of Arizona, and Northern Arizona University to upgrade current buildings and invest in new facilities, while freeing up dollars for student programs.

K-12 EDUCATION: Arizona's budget provided $223 million in new funding - including $163 million above and beyond inflation. The new funding included dollars to provide teachers a raise, which comes in addition to raises teachers may be seeing from other sources, such as Prop 123.

TEACHERS ACADEMY: Arizona launched a partnership with NAU, ASU, and U of A that rewards students who commit to teaching in Arizona by allowing them to graduate debt free. The new initiative will help get qualified teachers to the front of the classroom and help them stay in the profession. It also includes programs such as mentorship to ensure our teachers are getting the support they need.

JOBS: 2017 saw more than 80 companies work with the Arizona Commerce Authority to expand to or relocate in Arizona, including names like Benchmark Electronics, Bank of the West, Tu Simple, Charles Schwab, and ZipRecruiter. Announcements from companies that worked with ACA alone represent nearly 20,000 new jobs and roughly $1.5 billion in investment.

UNEMPLOYMENT: Arizona’s growing economy added over 27,000 new jobs in 2017, helping the state reach its lowest unemployment rate in a decade. Since 2015, over 140,000 private sector jobs have been added and projections show employment growth will continue to outpace the national average.

INNOVATION: When California put up roadblocks to Uber’s self-driving vehicle testing in December 2016, Governor Ducey welcomed the next-generation technology with open arms. That innovative first approach has made Arizona the go-to place for the development of this cutting-edge technology, with companies like GM, Ford, Uber, Waymo, Intel, TuSimple, and Embark looking to Arizona, and more on the way.

5G TECHNOLOGY: Arizona became the first state in the nation to pave the way for the next generation of wireless communications, also known as 5G. A law (HB2365) signed in March streamlines local and state regulations related to wireless infrastructure, making it easier to the deploy this groundbreaking technology faster.

EXPANDING OPPORTUNITY: Legislation (HB2372) signed by Governor Ducey in May provided an additional 12 months of economic assistance through the Temporary Assistance for Needy Families program and included important reforms to incentivize work and school attendance. Under the reforms, recipients are incentivized to seek a job or complete a work program and make sure their kids have at least a 90 percent school attendance record.

REMOVING BARRIERS: The new law waives initial licensing fees for those at 200 percent or below the federal poverty level, helping more people find work and get out of poverty. The legislation also expands SNAP to individuals convicted of a drug offense if they are receiving or have successfully completed drug treatment.

OPIOID EPIDEMIC: Following new data that showed an alarming 74% increase in opioid overdoses since 2013, Governor Ducey declared a statewide emergency to address opioid addiction. The declaration was followed by an executive order mandating real-time reporting of opioid overdoses that has allowed the Arizona Department of Health Services to get more life-saving resources into the hands of law enforcement, first responders, and community partners.

SECOND CHANCES: As part of efforts to provide former inmates real second chances, this year’s budget adds $1.5 million to establish a “post-release fire crew.” The program helps protect taxpayers and public safety by addressing recidivism and adding more resources and manpower to combat wildfires. Governor Ducey launched the program after meeting an inmate fire crew in Northern Arizona, where one firefighter remarked, “I felt like a zero, now I feel like a hero.”

STATE PARKS: Arizona’s state parks have come a long way since the recession. In Fiscal Year 2017, 2.78 million people visited an Arizona State Park, generating nearly $18 million in revenue - setting records for both. In recognition of their success and innovation, Arizona State Parks and Trails received the National Gold Medal Award in September for being the best managed state park system in the country.

JUSTICE: In this year’s State of the State, Governor Ducey called the backlog of untested rape kits statewide an “injustice long ignored.” This year’s budget provided $1.2 million to test all remaining kits and new legislation (HB2268) signed in March set the standards to test all kits going forward. Actions since 2015 to clear the backlog and test past kits have so far resulted in 7 indictments.

See all the 2017 highlights in our interactive Year in Review report below: 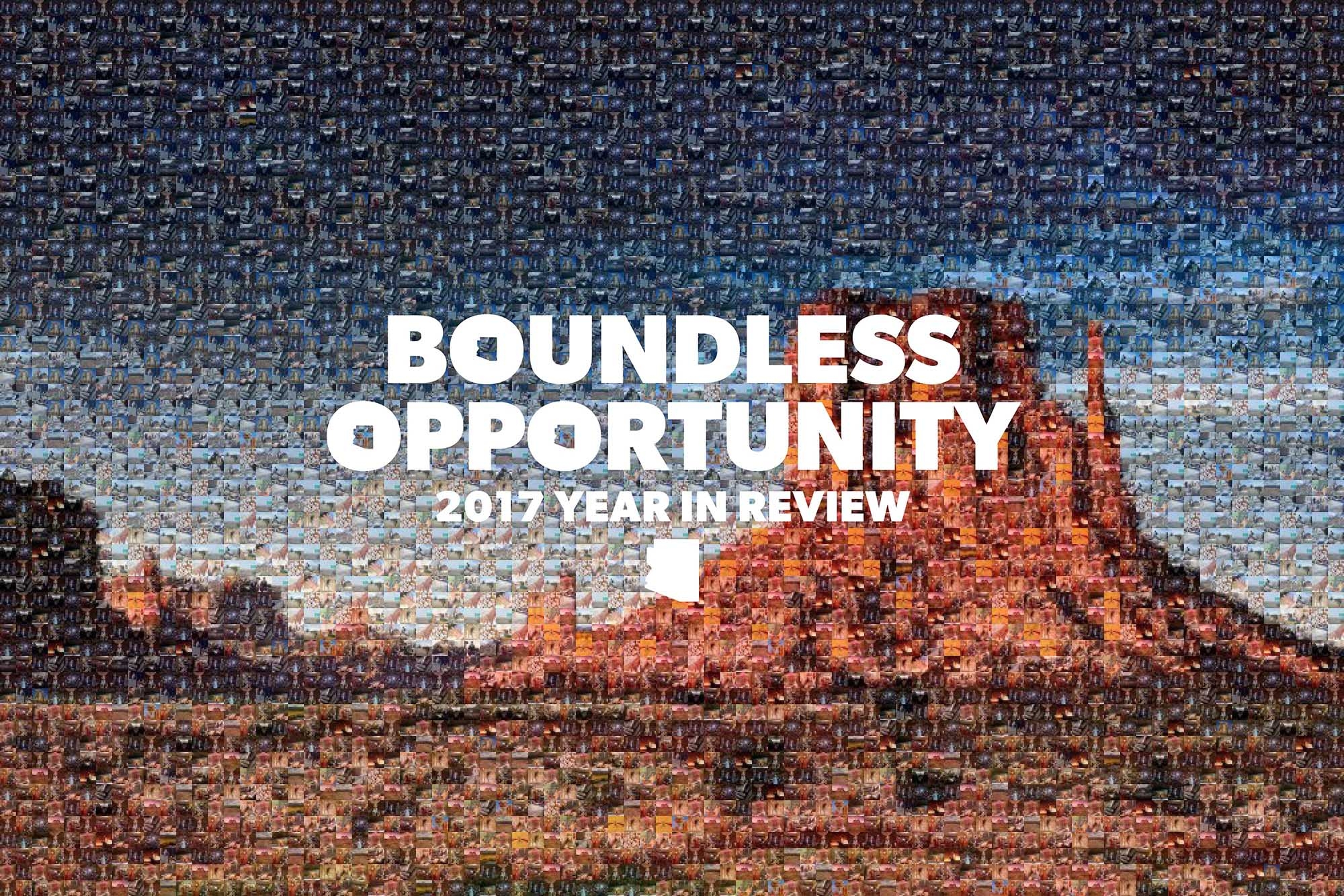