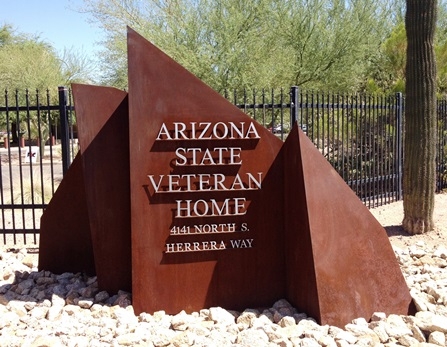 PHOENIX – Highlighting the need for additional capacity to provide long-term care for Arizona veterans, especially in rural parts of the state, Governor Doug Ducey today asked the U.S. Department of Veterans Affairs (VA) to prioritize the construction of new Arizona State Veteran Homes. In a letter to Veterans Affairs Secretary David Shulkin, Governor Ducey referenced two planned facilities in rural areas for which state funds have been appropriated, but that await matching dollars from the VA.

Currently, the Arizona Department of Veterans Services serves 320 veterans at existing Veteran Homes, but that need is expected to grow. By 2020, the state estimates a shortage of more than 1,200 beds.

“As you know, the longer it takes to break ground on these projects, the more expensive they become,” Governor Ducey continues. “The sooner we can secure these dollars, the sooner we can ensure our veterans are repaid for the service provided to our great nation. “