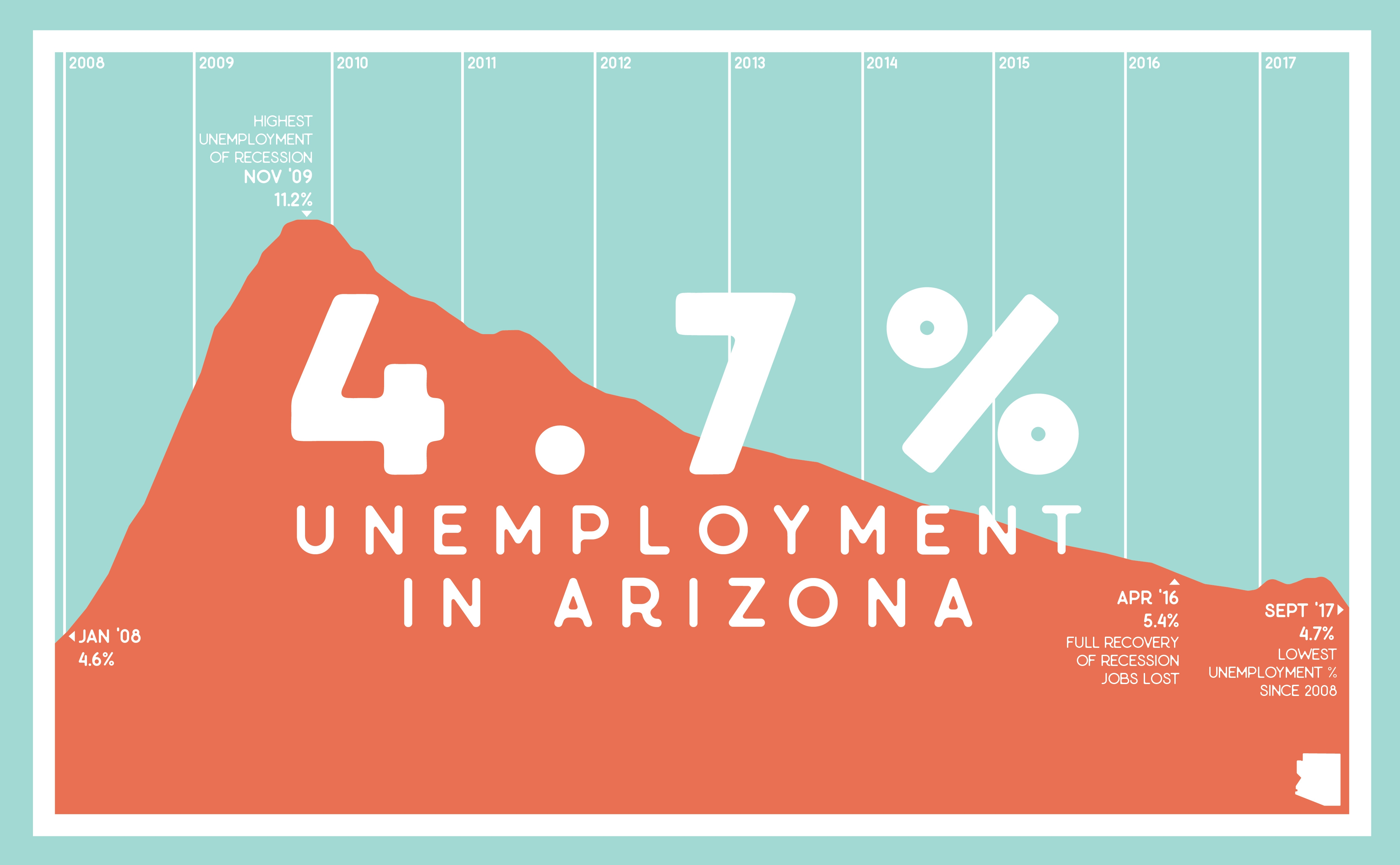 PHOENIX — Following continued growth and a month of well-above average job gains in both the private and public sectors, Arizona’s unemployment dropped to 4.7%, its lowest level since January 2008.

“This is tremendous news showing the continued strong and resilient state of our economy,” said Governor Ducey. “As we add more jobs and put more people to work, credit goes to the men and women doing the hard work of launching their businesses or expanding and hiring more workers. My administration will continue to work to keep government out of the way of innovative ideas and technology so that Arizona can continue to be a land of opportunity for all.”