Two New Appointments To The Supreme Court Of Arizona 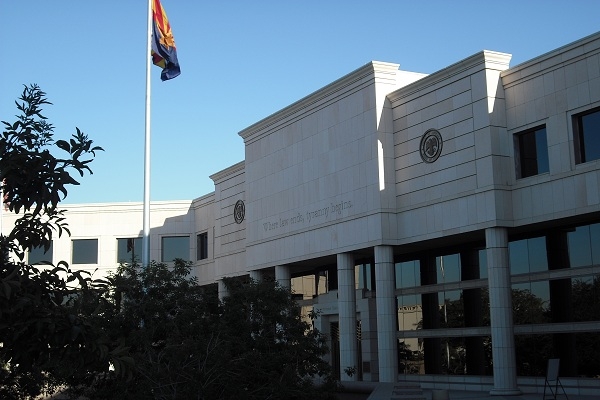 Judge Gould continues to serve today as a Judge Pro Tempore for the Yuma County Superior Court.  He has also served as President, Treasurer, and Rural Representative of the Arizona Judges Association.

“Judge Gould has spent his career as a dedicated advocate for the people of Yuma and the people of Arizona,” said Governor Ducey. “He has a strong record as a public servant, private practitioner, trial court judge, and appellate court judge.  These experiences make him exceptionally qualified for this position.  I am pleased to appoint Judge Andrew Gould to the Supreme Court of Arizona.”

Judge Gould graduated from the University of Montana with Highest Honors in 1986.  He received his law degree from the Northwestern University School of Law in 1990.

Mr. Lopez is Solicitor General for the state of Arizona, in the Office of Attorney General Mark Brnovich.  In this role, Mr. Lopez represents the State of Arizona in civil lawsuits and appeals, and in criminal appeals, including capital cases.

Mr. Lopez served for six months in Iraq as a legal advisor with the Regime Crimes Liaison Office, the Department of Justice-led group tasked with assisting the Iraqi government with the prosecution of Saddam Hussein and his top officials for war crimes and crimes against humanity.

“John is a widely-respected legal mind with a reputation for high integrity,” said Governor Ducey. “From serving as Solicitor General to advising the prosecution of Saddam Hussein and his top officials in Iraq, John’s extensive legal experience and commitment to justice will make him a valuable asset on the State’s highest court.  I am pleased to appoint John Lopez to the Supreme Court of Arizona.”

These appointments were made to fill two vacancies created by the expansion of the Supreme Court of Arizona.