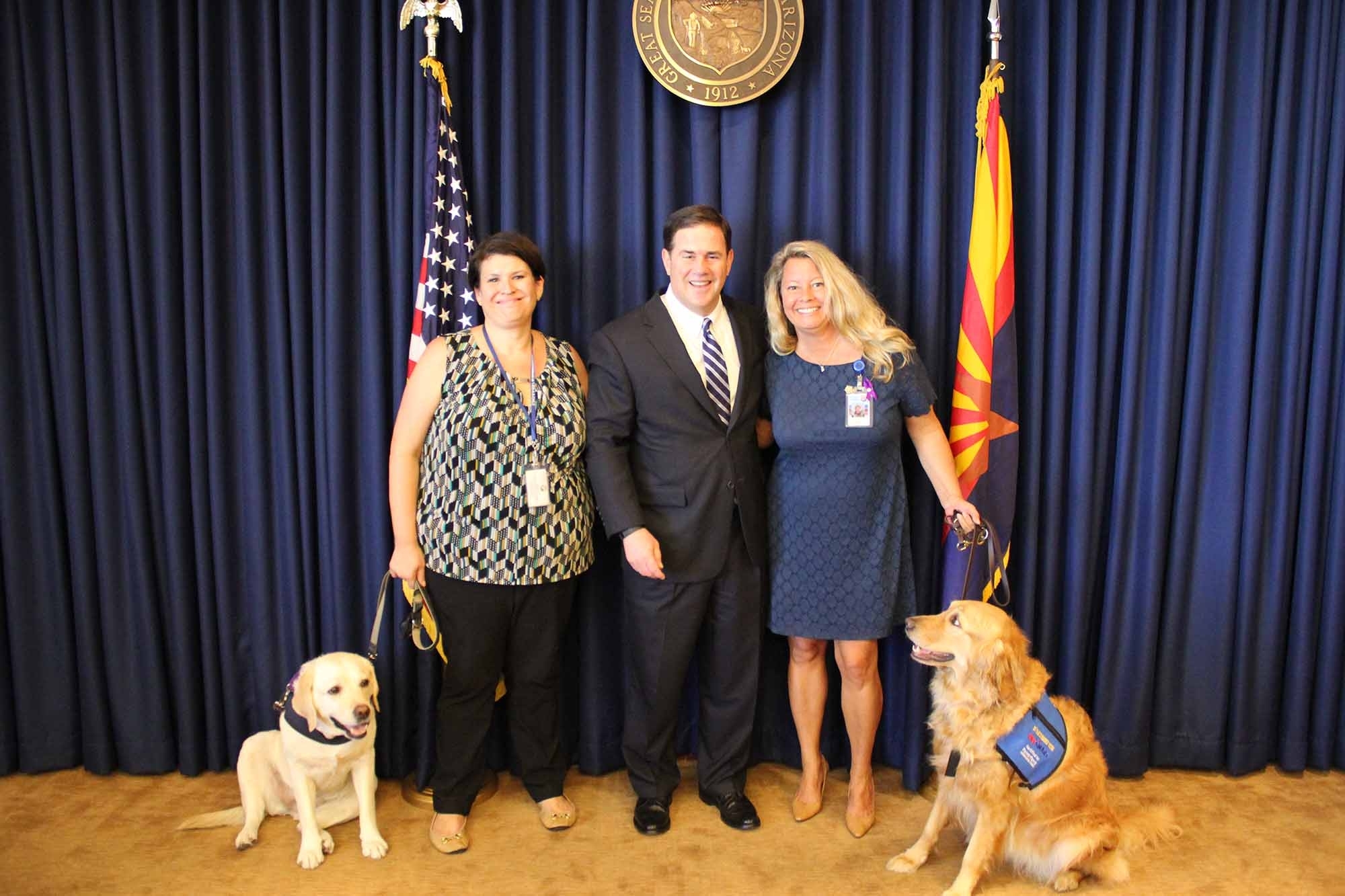 PHOENIX – Governor Doug Ducey today held a ceremonial bill signing for legislation protecting child victims who use therapy dogs. HB 2375, signed into law in May, requires courts to allow victims under 18 years of age to have a therapy dog accompany them when testifying in court. It also permits the court to allow a victim over the age of 18 to be accompanied by a therapy dog.

The governor was joined by victims rights advocates, Mary Picard and Cindy Walker; therapy dogs, Elle and Tori; Maricopa County Attorney Bill Montgomery, who championed the measure during the legislative session; and Rep. Eddie Farnsworth, sponsor of the bill.

“When it comes to our kids – especially our victimized and vulnerable – we are committed to doing everything in our power to protect them and provide them the support they need,” said Governor Ducey. “Anyone who’s ever had a dog knows the feeling of companionship and comfort they get from having their best friend by their side, particularly in stressful or traumatic situations. And in Maricopa County, we’ve already seen hundreds of victims helped by having a canine accompany them as they face the hurdles of the justice system. I’m proud to sign legislation that will expand this success statewide to help even more Arizonans. I’m grateful to County Attorney Bill Montgomery and Rep. Eddie Farnsworth for leading the effort.”