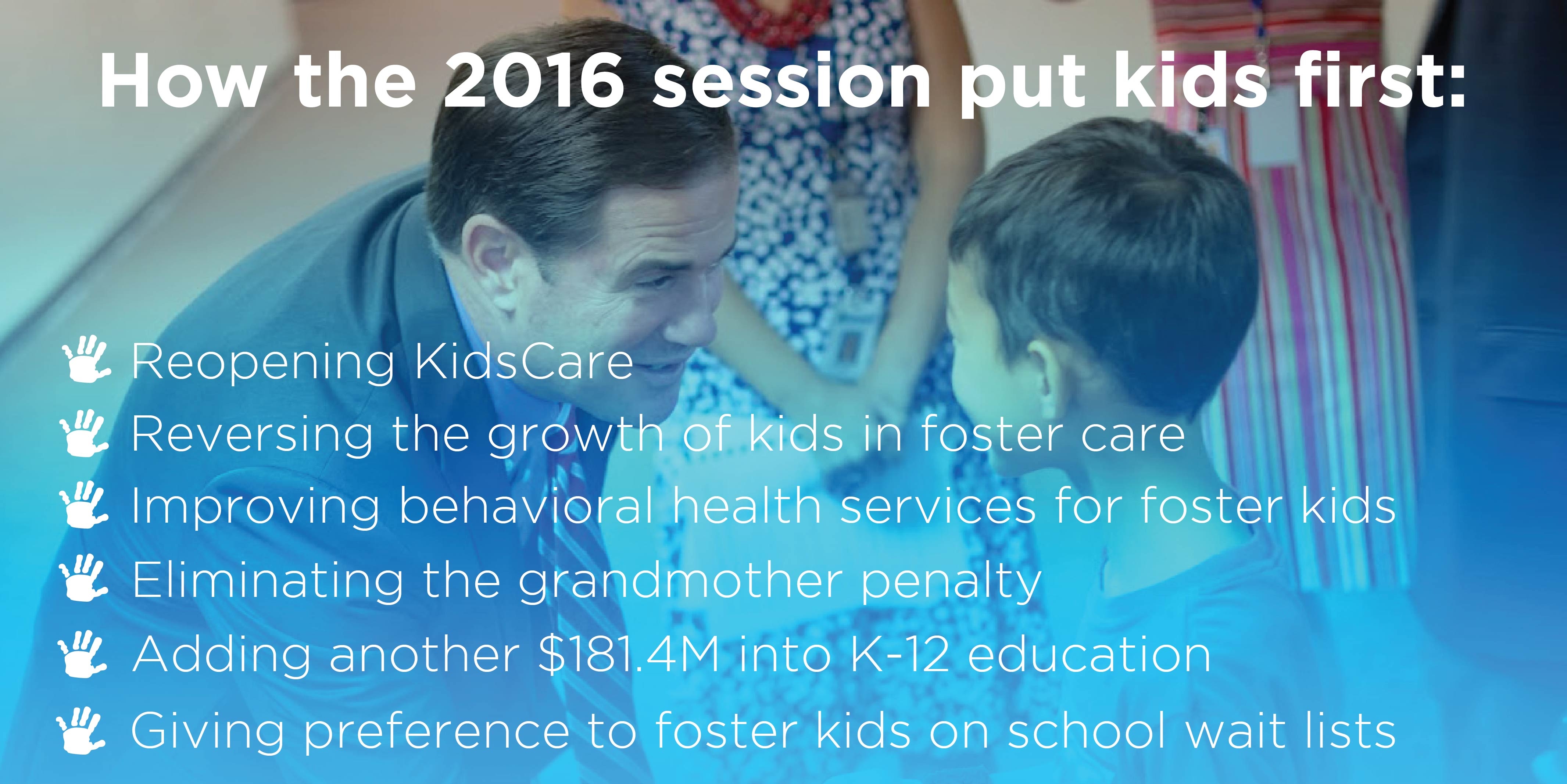 PHOENIX- Governor Doug Ducey today praised the passage of Arizona’s fiscal year 2017 budget – a fiscally-responsible spending plan that makes critical investments in K-12 education, child and public safety, while bringing the state to a positive structural balance for the first time since 2007.

“This budget would have been unattainable just 15 short months ago, when the state was in a billion dollar hole and government was living beyond its means. Because of the decisions elected leaders made to set priorities, we are now in a position to make strategic investments in K-12 education, higher education, child safety and public safety,” said Governor Ducey. “I want to thank all the legislators, especially Speaker David Gowan and President Andy Biggs, for their partnership and hard work in passing a responsible budget package that is balanced and values-based."