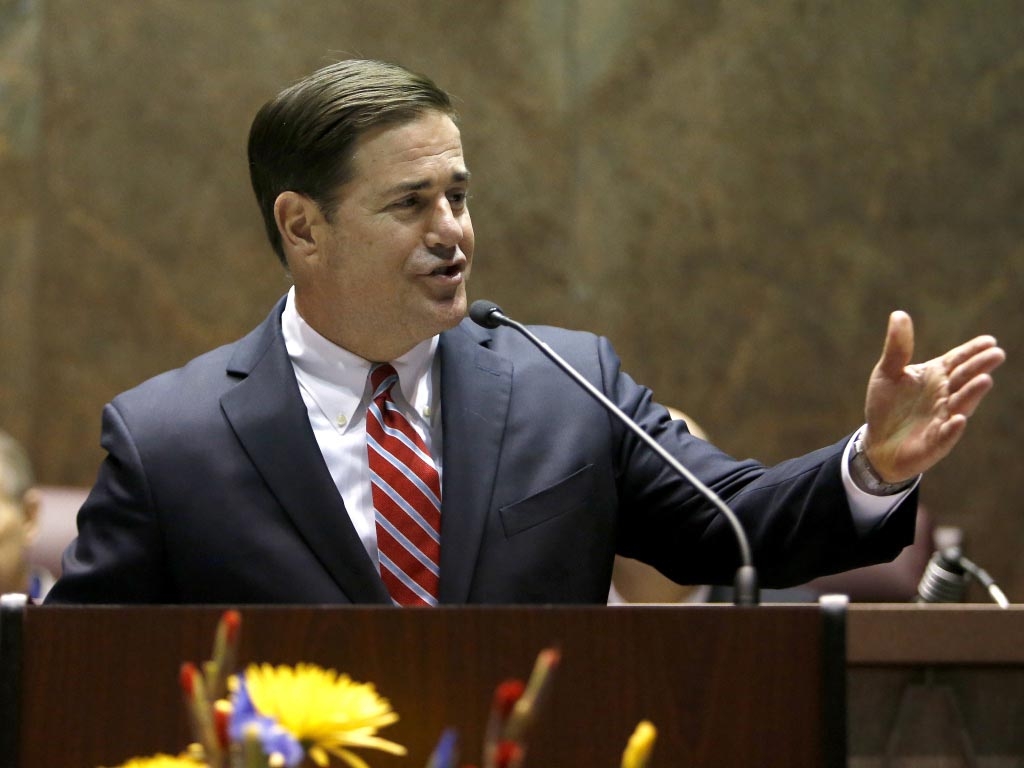 PHOENIX – Governor Doug Ducey today released his proposed executive budget for fiscal year 2017: a balanced, values-based and fiscally-responsible spending plan that makes critical investments, including an additional $106 million in public K-12 education; brings Arizona to a positive structural balance for the first time since 2007; and protects taxpayers by rejecting calls for a tax increase.

The governor’s budget prioritizes vital commitments such as K-12 education, child safety and public safety while promoting fiscal responsibility, protecting our most vulnerable and finding cost-savings for Arizona taxpayers.

“Just like last year, this budget is structurally-balanced, it’s values-based and it solves problems,” said Governor Ducey. “We have a moral and legal obligation to pass a balanced budget and, just as importantly, we have a responsibility to protect our most vital commitments and vulnerable citizens. This budget brings us to structural balance by the end of fiscal 2017 while making critical investments in K-12 education, child safety and public safety – all without raising taxes.”

"I am pleased to once again hear the governor’s commitment to a structurally-balanced budget, while we also meet the pressing needs of our state,” said Senate President Andy Biggs. “This session we will work responsibly to spend within our means and make choices that will grow the economy and enhance opportunity for Arizonans.”

“I am committed to keeping this state out of the red and on a fiscally stable path,” said House Speaker David Gowan. “Just like last session, we will work hard for the taxpayers of Arizona to keep taxes low, and keep opportunity at an all-time high. I look forward to working with GovernorDucey, President Biggs and the legislature to get this done.”

The budget can be viewed in its entirety at azgovernor.gov/budget.