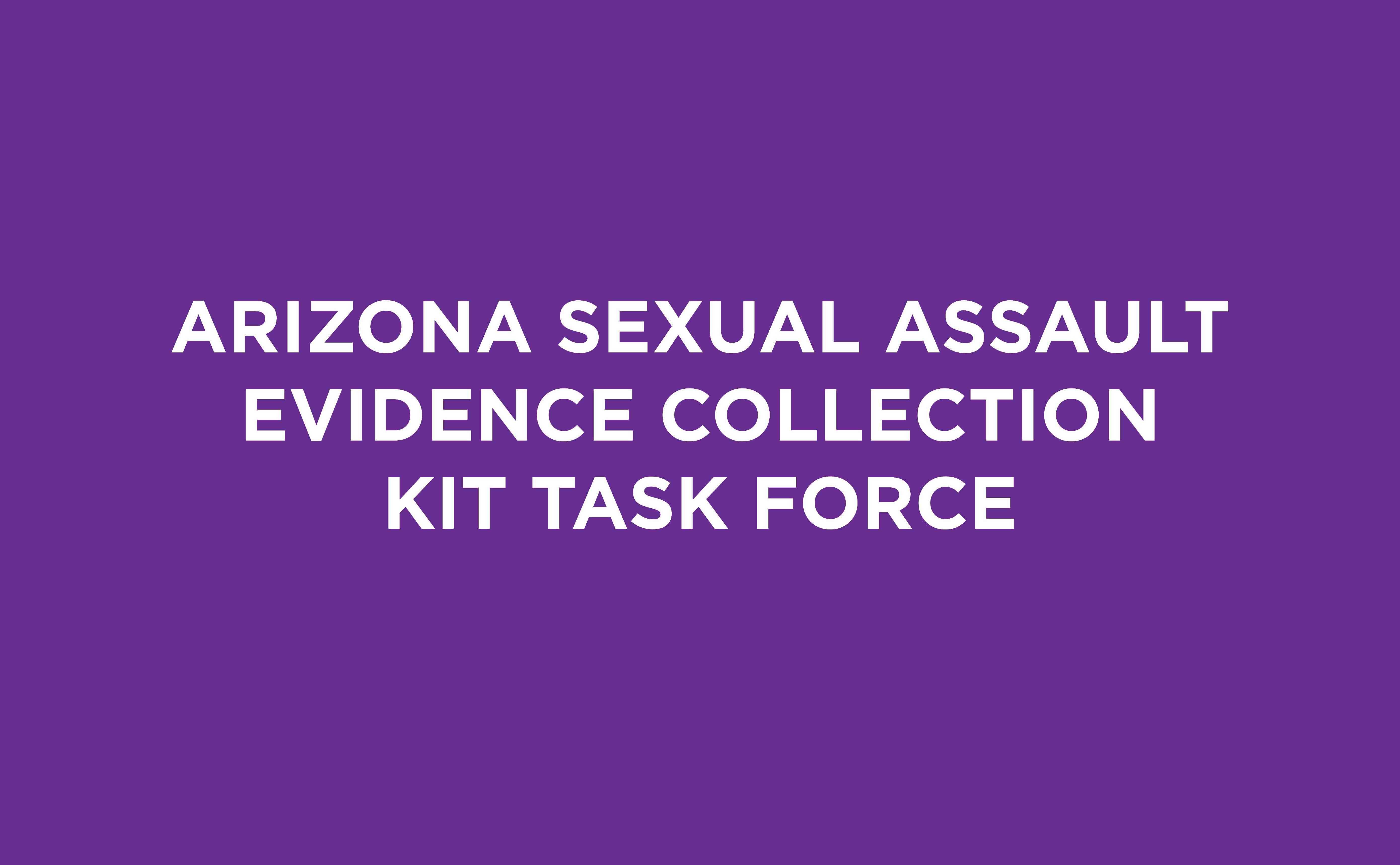 Throughout the country – including Arizona – crime labs struggle to keep up with timely testing of the kits, resulting in a backlog of 2,300 untested kits in Maricopa County alone.

“For too long, women across our state have awaited justice for the despicable crimes inflicted upon them, while predators evade the law looking for their next victim,” said Governor Ducey. “We must do everything in our power to stand up for those who’ve been victimized – and that means bringing to bear every resource and taking every necessary action to identify their assailants and lock them behind bars before they harm anyone else.”

Governor Ducey charged the task force with multiple responsibilities, which include:  providing legislative recommendations to ensure every kit is tested in a timely manner; developing a statewide standard process for testing protocols of the kits; developing a statewide tracking system for the kits; and development of a public education plan to assist sexual assault victims.

Governor Ducey established the task force by Executive Order on January 11, 2016 to address a key priority in his 2016 State of the State address.

Governor Ducey has appointed the following members to the task force: