Governor Ducey's Plan To Put $2 Billion In Our Schools

Governor Doug Ducey has announced a fiscally-sound, responsible spending plan that would inject $1.8 billion into K-12 schools over five years -- without burdening the state budget or raising taxes on Arizonans.

Here’s how it works:

How much money are we talking about?

What is the state land trust?

More than a century ago, Arizona’s leaders set up a trust – the state’s Permanent Land Endowment Trust Fund. These are lands our nation entrusted to Arizona for the benefit of public K-12 education.

The Land Trust continues to grow and earn interest today.

Dollars are then distributed to beneficiaries – mainly to public K-12 education.

That was the vision at its inception – that these funds go to our schools, our teachers, our kids.

How does the plan impact the state land trust fund?

The amount of money in the state land trust fund would increase from our current $5.15 billion to $5.39 billion after five years (FY2021).

That means even distributing more money, we'll still have more money in the fund than we do today. 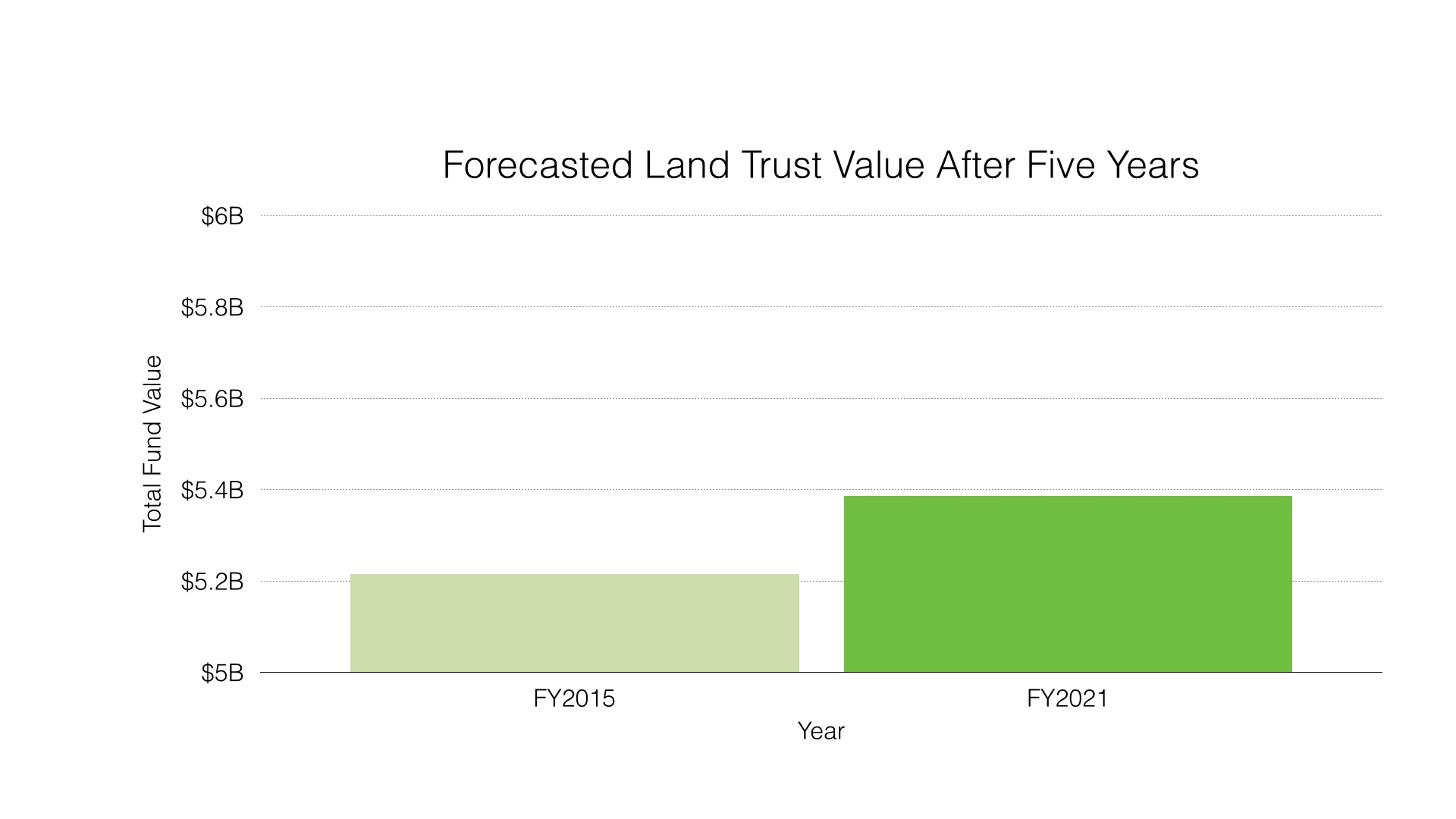